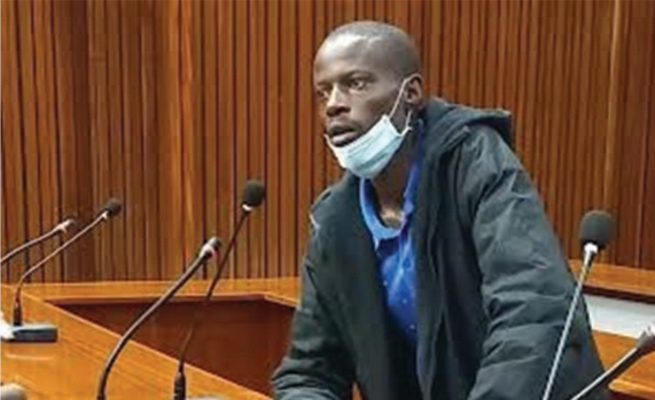 A 32-year-old Zimbabwean man, Andrea Imbayarwo has been slapped with two life sentences by a South African High Court for raping and killing a British businesswoman in Thabazimbi in the Waterberg District

Imbayarwo, who committed the offense in 2014, was convicted when he appeared at the Limpopo Division High Court this week.

“The accused, 32 years old Zimbabwean national, Andrea Imbayarwo was sentenced to two life imprisonment for raping and killing Christine Robinson, who was the owner of Raditau Lodge in Thabazimbi in the Waterberg District. This horrendous crime was committed during 2014,” he said.

Imbayarwo, who committed the offense in 2014, was convicted when he appeared at the Limpopo Division High Court this week.

“The deceased was found in her bedroom on the morning of 30 July 2014 at about 07:30. The police were called and on arrival at the scene, the victim was found with the knife still stuck in her neck. She was certified dead by the paramedics”.

Lt Col Ledwaba said intensive investigations were carried out and It was then discovered that Imbayarwo had the same day hired a vehicle to take him to Beitbridge Border Post with the aim to go to Zimbabwe.

On 30 July 2020, he said the police got a tip-off about the accused’s whereabouts and they swiftly arrested him.

He said further investigations revealed that the woman was also raped and robbed of some valuables.