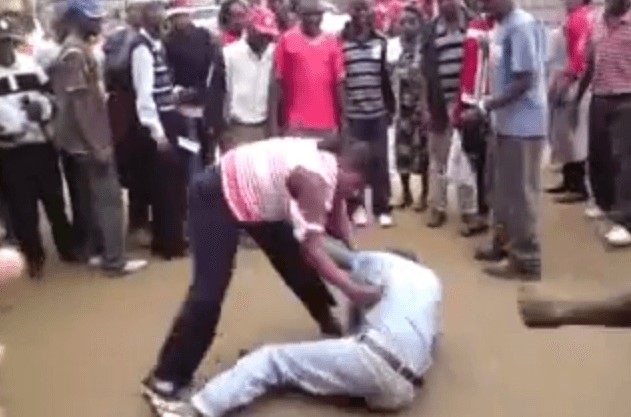 A Bulawayo woman who refuses to accept that she was dumped has been dragged to court for allegedly assaulting and insulting her ex-husband for refusing to have se_x with her!

She also beats him up because he refuses to take her back.

Taurai Kandawasvika is a troubled man because his ex-wife, Lisa Ncube, does not want to accept that Taurai no longer loves her and has married another woman.

Taurai said Lisa once confronted him at his place, insulted him, slapped and kicked him.

Lisa’s feelings for Taurai seem to be lingering on and are always ignited whenever she views his WhatsApp status.

“Whenever she views my WhatsApp status, she would send me a message saying she still loves me and wants us to make amends,” he said.

But Taurai would pour cold water on her proposal prompting her to send abusive texts to his wife.

A fearful Taurai said his ex sent him vitriolic texts vowing to stab him to death. And she does not stop at that as she asks for money and demands se_x.

Left with no choice, Taurai went to Western Commonage magistrates’ court and sought the law’s intervention to put an end to the verbal and physical abuse which he and his wife are subjected to.

In his affidavit he said: “My name is Taurai Kandawasvika. My ex-lover Lisa Ncube is in the habit of coming to my place and would physically attack me and would verbally attack me. She would also text my wife insulting her. I pray that this court will help me and grant me a peace order against her.”

Lisa did not deny the allegations.

Magistrate Ulukile Ndlovu granted Taurai a peace order against Lisa. Lisa was ordered not to assault and insult her ex-lover. She was also ordered not to visit Taurai and not to text his wife.