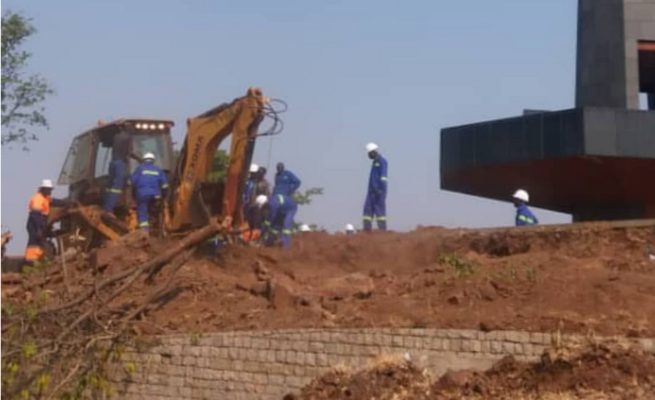 GOVERNMENT has reportedly relented on its resolve to exhume the late former President Robert Mugabe’s remains from Zvimba for reburial at the National Heroes Acre in Harare.

NewsDay has since learnt that the government has dumped construction of a mausoleum where Mugabe’s remains were supposed to be reburied.

Last year, government pressed ahead with the construction of the mausoleum and Mugabe’s family was taken to court by a Zvimba traditional leader who demanded that his remains be exhumed and reburied at the national shrine.

“The mausoleum project has since been dumped, that is the news that we have so far,” said a top government source.

Home Affairs minister Kazembe Kazembe, however, refused to comment on the matter saying the Local Government ministry was responsible for the construction of the mausoleum.

Local Government minister July Moyo said: “Why can’t you ask the Mugabe family over the mausoleum issue? As the government, we have to follow what the family wants and their wishes.”

Mugabe family spokesperson Leo Mugabe said: “Nothing has changed pertaining to the burial of our former late President Robert Mugabe.”

The late long-serving leader was buried in a heavily fortified grave at his rural home village of Kutama, about 90km west of the capital Harare.