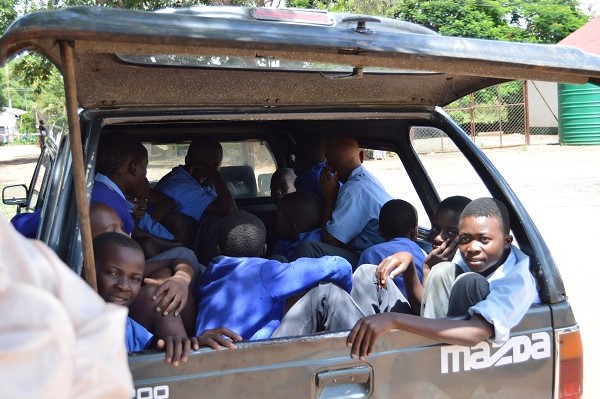 As the second school term begins today, parents have expressed concern over the high school fees charged and the commitment of teachers.

In separate interviews in Harare and Bulawayo yesterday, parents said it was important that school fees remained affordable for low-income earners and at the same time for teachers to commit themselves to work.

Mrs Kumbirai Kamupini, whose child is at Chindunduma High School, said she had struggled to pay fees.

“Things were not stable for us because we are struggling to raise school fees, but we are thankful that we finally managed to pay and the children have gone back to school,” she said.

“We are now praying that there will not be any lockdowns or teacher boycotts that will disrupt the school calendar again. Last year’s examination classes did not perform as well as they should have (due to lockdowns and teachers actions) and we hope this will not happen again this year,” she said.

Another parent, Mrs Connie Musarara, said although most schools had been accommodating and had accepted payment plans, parents were in a difficult situation.

“We are relieved that children are going back to school and we are expecting that they will get into class with no challenges.

“Some parents paid fees in full, others made part payments due to the economic challenges but we are happy the school admitted all children and understood that parents are struggling to make ends meet.

“We hope teachers will work hard to ensure that all learners catch up on lost time and we can have better results this year,” she said.

Other parents said they had applied for bank loans which they expect to have matured by the start of normal business today.

But Mr Tshuma said the return of a normal school calendar would bring confidence into the education sector.

“Education standards were falling but now that we are returning to the normal school calendar, that is significant. As a result of the disruptions to education, we were forced to hire private tutors for our children. So it was becoming expensive as you needed different tutors for different grades and subjects for those in secondary school,” he said.

Another parent who preferred not to be named said the major concern was that while school fees had been increased, salaries remained stagnant.

“I am happy that schools are reopening but I am concerned with the school fees hike. School fees cost about $90 000 but some of us may be civil servants so it is difficult to pay the fees considering that we have not received a pay rise,” said the parent.

Mr Trevor Mupita expressed hope that learners and teachers would do all they could to catch up on topics not covered between 2020 and last term.

On their part, learners said they were geared for the new term.

Nokutenda Chivasa, a Lower Sixth student at St Oswalds High School said she had been affected by the Covid-19 induced lockdowns and had not produced the best results she could have attained had she had more time in class.

“I wrote my O-Level examinations last year and I think I could have done better if we had got more time for learning. We hope this term will be better and there will be no disturbances so that when we write our A’ Levels next year, we can perform much better.

“We want as much time as we can get, I wouldn’t mind if the holiday was short as long as we get more time in class,” she said.

Nomutsa Chivasa of Nyashanu High School said: “I am happy we are going back to school. I just hope that our teachers will remain in class so that we can learn and we can be better people in the future.”