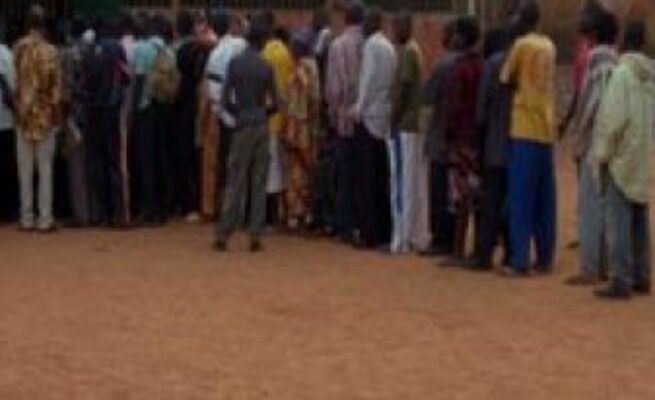 SHE started being a se_x worker five years ago.

And today, the well-endowed 35-year-old from Nyanga now services both men and women.

She also services her old clients on credit.

“I have loyal clients that I service on credit because I know they will never run away with my money,” said the woman.

But clients cannot just show up and expect to be given services on credit.

They discuss it on the phone before they go to her place.

“My clients and I have an understanding and we respect each other.

None of them come knowing they don’t have money,” she said.

The woman said servicing both genders was not a problem for her.

“At first, I was offering my services to men only.

But one day, I received a message from a woman who asked if I also serviced them.

I didn’t hesitate and said yes,” she said.

She said she knew exactly what the woman needed and she didn’t disappoint.

“If you don’t know how to do something, just ask se_x workers Google.

You will get all the answers there.”

The woman then started to service both men and women – as long as they were 18 years and older.

She said sometimes she got so busy that clients had to wait outside for their turn.

She urged people to stop criticising others.

If you were fortunate enough to get a decent job, that doesn’t mean you must look down on other people’s hustle,” she said.

Meanwhile, old se_x workers on the streets in Bulawayo claim new faces are making it difficult for them to get clients.

They have been working by the field as se_x workers for years and attracted many clients.

But this has all changed, thanks to a group of new se_x workers on the streets.

And now it’s a case of se_x wars! The old se_x workers said the new faces are making it difficult for them to get clients.

And although the two groups, who are working on 11th Avenue between Robert Mugabe Way and Samuel Parirenyatwa Streets as well as between Masotsha Ndlovu and Third Avenues have not fought physically, there is tension between them.

“We are struggling to make ends meet.

You can stand here the whole day without being picked up.

We are seeing new faces increase every day and it’s hard.

We can’t fight them because they will tell us they also have rights,” said one of the old se_x workers, who called herself ‘Candy’ (real name Nomsa Mlotshwa).

The new se_x workers said unemployment pushed them into doing this work.

But one of the new se_x workers told Sunday News they were not making more money.

“Tuesdays are the worst.”

She said that she became jobless because of the Covid-19 pandemic.

“I used to work at a grocery shop in the western suburbs, and I was retrenched when the owner began struggling to make a profit and pay my wages,” she said.

The woman, who claims she now lives at an informal settlement popularly known as Ngozi Mine, said she used to see other women sell their bodies and decided to give it a try.

“I would not be here if I had a choice.

I have kids to maintain and the little I make here helps to keep hunger at bay,” she said.

The new se_x workers said they were not going anywhere.

“We are sorry to invade the territory, but we have to survive,” said another new se_x worker.