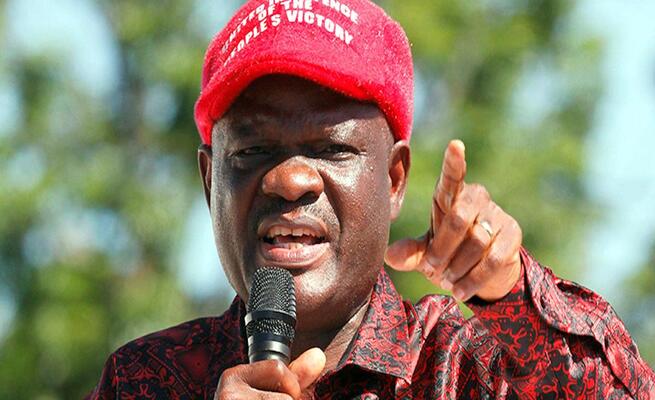 ZIMBABWE is facing an implosion due to myriad challenges and senators have warned that protests may be the order of the day going forward as long as there is no solution to the economic crisis prevailing in the country.

Senators on Thursday said the country is in crisis and the economy is collapsing with no hope of resuscitating it under President Emmerson Mnangagwa’s administration.

“I am equally concerned just like all other speakers that have spoken before me and I totally agree with them that the Zimbabwean economy is collapsing,” MDC-T senator Morgen Komichi told the Senate.

“Life is unbearable in Zimbabwe at the moment. Our currency is losing value like a falling airplane nose diving into an ocean and it appears as if there is no solution in the very near future.”

He said the situation was reminiscence of the 2007-2008 crisis that saw the economy collapsing under the weight of hyperinflation.

“We are actually going towards that situation once more,” Komichi said.

“Three years ago, we sat in this Parliament over a budget which was ZW$5.4 billion. The following year we then passed a budget of ZW$64 billion and this previous year we went through a budget that was almost ZW$1 trillion. The rate at which our budget is going up has no relationship to the economic growth and development. This only signifies that we are in a conflictual state.

“We are in a war which is not physical as such, but there is a serious conflict taking place in Zimbabwe, a conflict that requires our attention as Zimbabweans.

“These are the basic requirements of any human being and this is the responsibility of the government to make sure that people live comfortably, but the economic challenge or crisis in Zimbabwe at the moment is sliding out of control,” the MDC-T national chairperson said.

He said the government has lost control of the economy and instability is a possibility.

“The economic situation that is prevailing in this country is both funny and unique. All things being equal, the people of Zimbabwe and their economy should be showing a trajectory that is going up but instead the opposite is happening and I am not too sure why.”

His statements come despite consistent denials of a crisis by the government, particularly Finance minister Mthuli Ncube who claims the country is on the right track economically.

“Zimbabwe has all the resources in abundance, be it minerals or agriculture. Why then are citizens of this country suffering? Why then is the economy on a downward trajectory? That is the biggest question this House must focus on,” Kambizi said.

“Secondly, there is the issue of political power. We have some citizens in this country who are obsessed by power to an extent that they wish citizens of this country to suffer so that by the end of the day, they think using their stomachs.”

Kambizi also blamed corruption on the economic crisis in the country.

The public has been calling on the government to bring back commuter omnibuses, end currency chaos and reduce the cost of living.

The Monday shutdown was also meant to force the government to reduce tertiary education fees, capacitate hospitals, and increase salaries as well as pensions.

Activists have warned that further action will be taken if the government does not act.

Mnangagwa is faced with a serious economic crisis, including hyperinflation and an unstable currency he blames on sot-called saboteurs.

The Zanu PF leader is afraid his detractors both within and outside the party will use his failure to address the economic crisis against him, particularly in view of the ruling party’s elective congress scheduled for later this year.