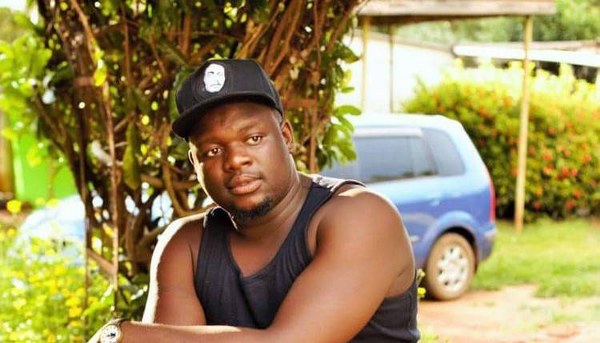 THEY came together, husband and wife, in the same car and for the same case.

But, at the end of proceedings, they were no longer the same unit.

Gamu Nemukuyu, the wife of DJ Fantan, even walked from the court while her husband drove off, in the company of his friends.

It captured the story of a dramatic day, in which the duo, having arrived together, appeared to be split apart, amid the dramatic developments.

H-Metro understands Gamu had been pressured to drop all the charges and, once she did that, a video would be recorded, in which H-Metro’s reporting would be trashed from all angles.

DJ Fantan had come without a lawyer, hoping the withdrawal of the case would be fast-tracked.

However, things did not go according to plan and probably explains why the couple did not drive away together.

Nemukuyu turned the tables during a vetting process when she notified authorities that she now wanted the matter to be heard in court.

Once it became clear that the original plan had changed, DJ Fantan was forced to engage a lawyer.

Some of his colleagues, including Ras Caleb, were at court.

The dreadlocked musician was in defensive mood.

In contrast, DJ Levels was all calm and collected throughout the show.

He played the mature guy and even helped calm DJ Fantan’s nerves.

News Tanya Mugabe - 28 June 2022 0
ZANU PF youth chairman for Bumba District in Chimanimani, Nicholas Madzianike was allegedly kidnapped on June 19 and his whereabouts are unknown up to...

News Muza Mpofu - 28 June 2022 0
The bodies of 46 dead migrants were discovered inside a tractor-trailer on Monday in San Antonio, Texas, city officials said, in one of the...

JUST IN: Illegal tuck-shop owners and gas vendors given ultimatum

News Muza Mpofu - 28 June 2022 0
Kwekwe City Council has given illegal tuck-shop owners an ultimatum to regularise operations or risk their structures being demolished. The ultimatum has also been extended...

News Muza Mpofu - 28 June 2022 0
There is scope within the current national budget to further increase salaries for public workers on top of the 100 percent increment that was...

News Muza Mpofu - 28 June 2022 0
A Gokwe woman has been slapped with an 18 months jail sentence after she stole a 6 month old baby with the intention of...

News Nelson Bhebhe - 28 June 2022 0
REPORTED mysterious manifestations have shut down a school in Matabelealnd North’s Bubi district. Villagers in the area are currently up in arms after an apostolic...