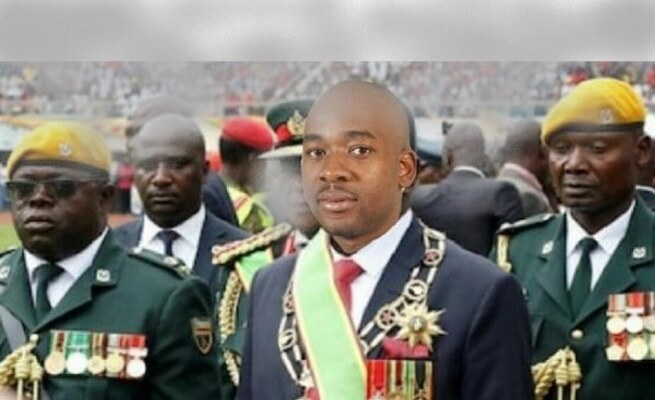 OPPOSITION leader Mr Nelson Chamisa and his surrogates yesterday attended a dinner hosted by the Norwegian embassy in Pretoria, South Africa where they discussed how the European country can assist CCC ahead of next year’s elections.

In an apparent invasion into the affairs of Zimbabwe, the Norwegian chargé d’affaires a.i Dr Stain Christensen requested for Mr Chamisa’s attendance of the dinner held on Monday, in collaboration with the Southern African Liaison Office (SALO), which is listed as a not-for-profit civil society organisation that among other things seeks to influence the current thinking and debates on foreign policy, especially regarding African crises and conflicts.

“Dr Stian Christensen requests, in collaboration with SALO, the pleasure of your company to dinner for sharing perspectives on the current situation in Zimbabwe on Monday, 23 May 2022, 17h30-20h00,” read part of the invitation message.

Mr Chamisa and his entourage, whose flight tickets were all paid for by one Isaac Maphosa, was the keynote speaker as the opposition once again seeks funding from its handlers ahead of the watershed elections.

This comes as it has been revealed that some organisations such as the National Endowment for Democracy, the overt, traceable and trackable agency for US-backed regime change is sponsoring a litter of anti-Government non-governmental organizations to influence the outcome of next year’s polls.

“The guest speaker at the dinner will be Nelson Chamisa, president of Citizens Coalition for Change in Zimbabwe. Please do not share as it is highly confidential,” read part of the email from Louis Whaley, the Project, Development, and Operations Coordinator for SALO.

In line with the current western approach to Southern African countries’ affairs, the email was also addressed to other regional opposition leaders in countries like Namibia.

News Muza Mpofu - 27 June 2022 0
A Nyajena woman Florence Mapwanya nearly lost her eye after her husband Misheck Mapwanya (63) hit her with a stone over a tattered panty...