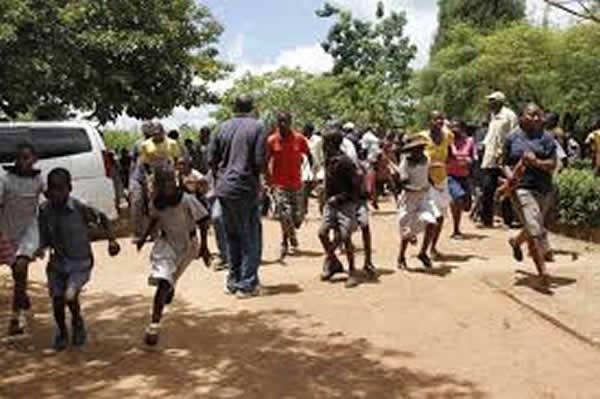 A MARONDERA family got the shock of their life on Monday when the person they believed was dead, killed by a notorious serial killer, returned home.

The family even conducted a funeral for ‘HER’ and buried ‘HER BODY’ two months ago.

The Chin’anga family of Dowa Village, under Chief Kadzunge, buried the body of a woman they believed to be their relative, Majory Chin’anga.

The deceased was one of the victims of serial killer, Bright Zhantali, who is linked to more than 20 cases of rape and murder, whose trial is pending before the courts of law.

Majory returned on Monday from Chitungwiza and her arrival shocked her relatives and pirate taxi drivers, who had mourned ‘her death.’

Chin’anga family spokesperson Enesi Nyika, 45, told H-Metro that no body viewing was conducted, during the burial, as the body was in a decomposing state.

“We are living in fear after burying a stranger,” said Nyika.

“Majory has not been coming home for some time and even contacting any of our relatives.

“When we received reports of a murdered woman in Marondera, we attended the scene and mistakenly identified the body.

“It was in a decomposing state and no body viewing was conducted and no post-mortem was carried out.

“We are sorry for burying a stranger’s body and we are now in fear after this mishap.

“Majory is alive and well.

“We informed the police about this and the chief is expected to learn about this today (yesterday).”

Majory was reported to have visited police detectives in Marondera, when H-Metro visited her rural home in Dowa, and she could not be reached for comment by the time of going to print.

The Dowa neighbourhood has been awash with the story with some fearing for a local self-styled Madzibaba Bhaineji who is reported to have certified the body as Majory’s.

“We want Madzibaba Bhaineji’s head for misleading the family,” one of the villagers said.

The body, which was buried by the Chin’anga family, was found in a dam in Marondera, without private parts and breasts.