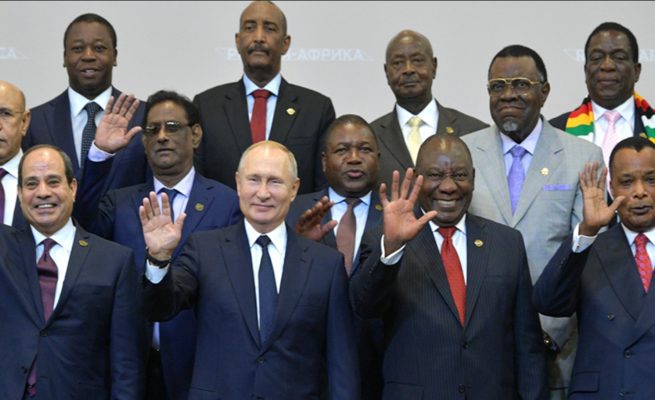 The United States is seeking to pass a law to counter Russia in Africa by tracking its military operations, investments, oligarchs and suspected illicit financial flows.

This was partly because more than half of the African countries chose to be neutral on United Nations resolutions on Russia’s invasion of Ukraine. This signalled America’s somewhat challenged influence on the continent.

Through the Countering Malign Russian Activities in Africa Act, the US wishes to “hold to account African governments and their officials who are complicit in aiding (Russia’s) malign influence and activities”.

On 27 April, the US Senate put the bill to a vote, with 415 in favour and nine against.

It has not yet been signed into law.

The bill, sponsored by Republican Gregory Weldon Meeks, who chairs the House Committee on Foreign Affairs, will require the State Department to send Congress, every year, a report on US measures to counter Russian machinations in Africa.

Since 2014, Russia has been growing its soft power influence in Africa by means of appeal and attraction in investment, bilateral agreements and diplomatic ties.

William Mpofu, a research fellow at the Witwatersrand University, told News24: “The decision by 17 African countries to abstain from the 2 March resolution to condemn the attack on Ukraine by Russia, while a middle-of-the-road approach was an endorsement on Russia.”

The Tony Blair Institute for Global Change, in its report titled: “Security, Soft Power, and Regime Support: Spheres of Russian Influence in Africa”, noted that, in recent years, Russia had presented itself to Africa as a military partner mostly to countries with a questionable democracy and human rights record in exchange for natural resources. This is seen as the superpower’s bid to rekindle old Soviet-era ties.

On 12 April, in the middle of the war in Ukraine, Russia scored a diplomatic victory when it signed a military cooperation agreement with Cameroon.

Russia has numerous such deals in at least 20 African countries, whereby there is collaboration with regard to international defence and security policy, training troops, military education, medicine and topography.

These “questionable” countries are on the new law’s radar and the law is explicit that Russian oligarchs, Russian-funded private military contractors, such as the Wagner Group, and other individuals and entities directly or indirectly employed by, or financially or politically associated with Russia and its officials, should be under scrutiny.

On 4 May, Michael McCaul, who is a co-sponsor of the bill, said in his opening statement at the Committee Markup of Legislation to Address Russia’s Full-Scale Attack on Ukraine, “We must make every state choose between doing business with the free world or with the war criminal” – and Africa was no exception.

In October this year, the Russia-Africa Summit in St Petersburg under the theme, “For peace, security and development”, could serve as an indicator of where Africa stood.

Editor’s note: This story has been updated to reflect the bill has not yet been signed into law.