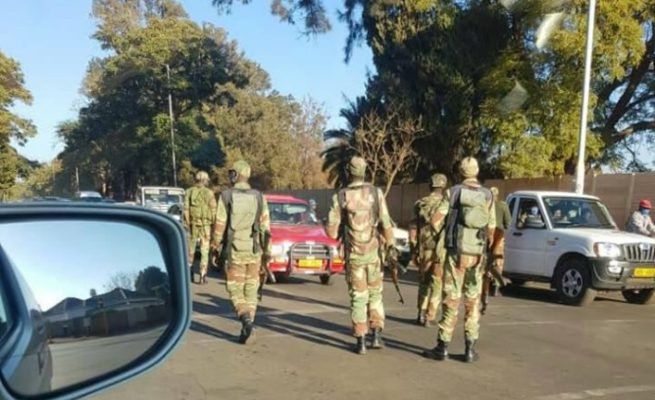 GOVERNMENT has deployed soldiers and other state security organs to raid and seize grain from individuals, farmers and other players even at roadblocks and deliver it to the Grain Marketing Board (GMB).

Humanitarian agencies have warned that more than five million Zimbabweans may face starvation despite millions having been spent on command agriculture to boost security.

Last week, the Grain Millers Association of Zimbabwe (GMAZ) said it had purchased 400 000 tonnes of maize from Malawi and Zambia worth US$100 million in the wake of the poor harvests.

In a memo to the GMB chief executive officer Rockie Mutenha dated May 24, 2022, Bhasera said only 5000 metric tonnes (MT) has been delivered to GMB out of an estimated 30 000 MT.

“You are, therefore, required to operationalise the provisions of Statutory Instrument (SI) 145/19 in order to prevent and avert the side marketing of grain with immediate effect,” Bhasera said.

“This includes but is not limited to conducting grain busting operations at various non GMB depots, as well as the setting up of permit inspections at various points such as roadblocks.

“You are also encouraged to ride on our partnerships with members of the Joint Operations Command in the execution of this important task.”

The government gazetted SI 145 in 2019 banning the buying and selling of corn between private individuals and companies, making the GMB the sole buyer and seller of maize in the country.