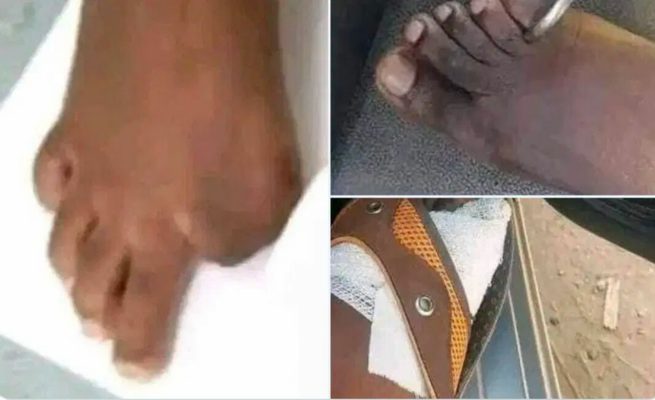 DEALERS at Ximex Mall yesterday claimed they have met a number of strangers who are making enquiries about how they could benefit from a bizarre trade in which they sell their toes.

The strangers have been described as mostly men in their 30s, who claim they want to join the elite league of the big spenders. H-Metro has been carrying out an investigation to establish whether the sale of toes, which has taken social media by storm, is a hoax or something with substance.

“I was approached by a man who claimed he was coming from Mazowe and he had come to sell off one of his toes.

“We told him it was only a story for social media and he must be careful whom he trusts.

“There were also reports of two friends who came offering the toes,” said one dealer, only identified as Ngirozi Yehondo.

Another dealer claimed he had to switch off one of his mobile phones after different people called him enquiring about the trade.

“I don’t know how they got my number but I was forced to switch it off and lost potential deals because people were asking me about how they could benefit from selling their toes.

“I honestly think this is just a myth and people should learn to work hard like we do here, pano tongoita madhiri mamwe anonyudza mamwe uchitobuda ne$5 profit but havazvizive.

“I have been operating here for the past 21 years and to me nothing adds up to this toes story.

“I started off as a cellphones dealer, moved to clothes, forex and now swapping cars for cash or something else and hapana chigunwe changu chakaenda.

“These are just rumours,” he said.

However, there are still mixed feelings over some of the vehicles that are normally parked at Ximex Mall.

Some believe shady deals, including illegal foreign currency exchange, illegal drugs, illegal gold trading and other illicit affairs form part of the daily business at Ximex Mall. Messages have been circulating on the social media sites.

Some say this is a work of a cult who demand the toes in exchange of riches but one loses a relative along the way.