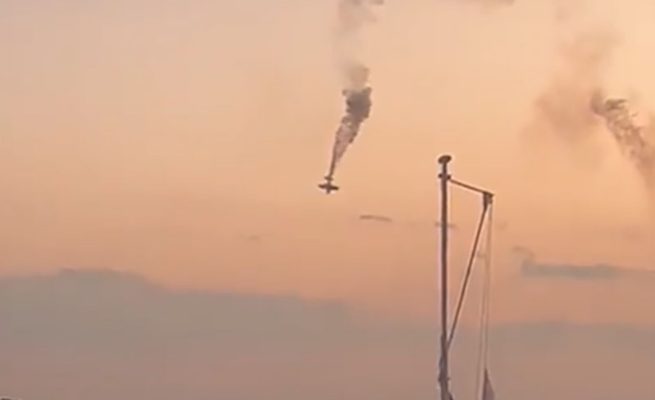 A pilot was killed at Harare’s Charles Prince Airport on Tuesday evening during a solo display at an airshow.

The plane is seen spinning several times and then veering out of control when the pilot levels up and tries to make a climb. It crashed nose-first in front of horrified aviation enthusiasts who initially assumed it was all part of the show.

A witness said: “They were virtually at the end of their display when the tragic accident happened, killing the pilot.”

The Civil Aviation Authority of Zimbabwe said it was investigating the incident.

The type of aircraft involved in the incident could not be immediately established.