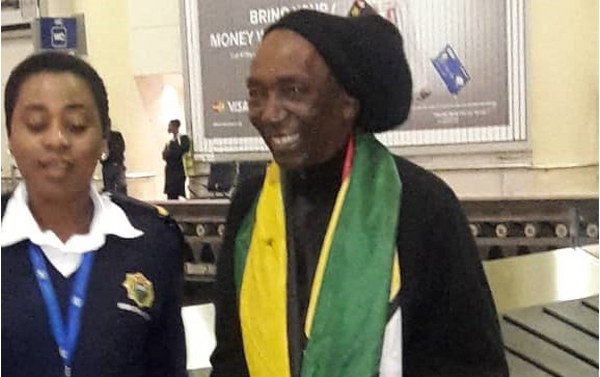 Zimbabwean-born struggle hero and musician Thomas Mapfumo has sent a message of gratitude to chief Livhuwani Matsila of Matsila village outside Thohoyandou in Limpopo for offering him a piece of land.

Seventy-six-year-old Mapfumo has been in exile in Canada and United States after Zanu-PF hounded him for his strong criticism of its economic policies. He has resolved to relocate to South Africa.

Mapfumo is delighted to be offered a place.

Affectionately called Mukanya, Thomas Mapfumo was born in Marondera, east of Zimbabwe in 1945.

During the white-dominated regime in the then Rhodesia, Mapfumo’s music was mainly a rallying call to fellow Zimbabweans to join the liberation struggle.

He was imprisoned numerous times without charges for his militant lyrics.

After independence in 1980, Mapfumo continued to be vocal against the new government led the late President Robert Mugabe. He fled to exile in Canada and the United States following a soured relationship with the Zanu-PF led government.

Although he is coy on why he chose South Africa, Mapfumo has thanked Chief Livhuwani Matsila for his generosity.

“I thank you very much for the land you gave me and I feel honoured and I want to say thank you so much for making me part of your people, I really appreciate it.

Chief Livhuwani Matsila says Mapfumo’s residence will shine the light on his village and will be a source of inspiration for young people who aspire to achieve great things in art and music.

“We felt that we should have a place of residence here at Matsila village just to honour him and his family for the contribution he has made in promoting African culture and music. His international exposure will surely benefit our young ones in terms of participating in culture and music, his status internationally is a symbol that Africa can achieve greater objectives.”

“We are very thrilled after receiving news that legendary Thomas Mapfumo is going to be staying with us here. It is going to be so beneficial for all of us since we will have someone close, someone we have always looked up to.”

It’s not yet clear when Mapfumo will make his move to South Africa permanently.