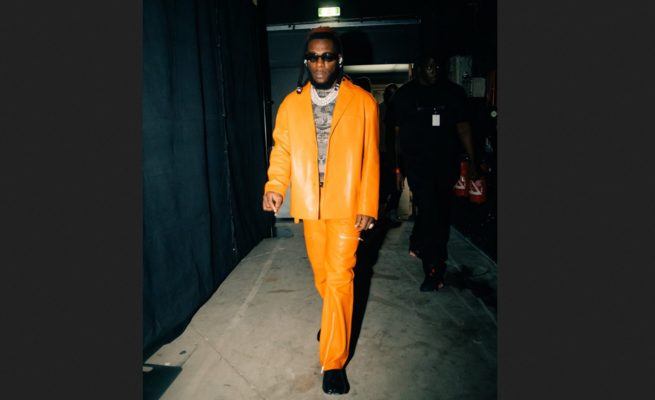 NIGERIAN superstar Burna Boy Friday refused offers of money to wear the Zanu PF scarf as an endorsement of the party, it has emerged.

The Grammy award winning Burna Boy was to perform for an hour at a filled-to-capacity Belgravia sports club Friday, after a two-year delay of the show because of Covid-19 restrictions.

Posting on Twitter, journalist, and government critic Hopewell Chin’ono said the Zanu PF officials, whose requests were declined, became so angry they swore at him.

They offered him money to wear the scarf, and he refused twice!

The youthful ZANUPF councilor and Deputy Minister were so upset at the rejection, one of them mumbled, “Hatidye sadza kumba kwaMai vake.”

Safe travels @burnaboy, you are not a fool like the washed up boxer! pic.twitter.com/fl9POfxHVn

“They offered him money to wear the scarf, and he refused twice!” said Chin’ono.

“The youthful Zanu PF councillor and deputy minister were so upset at the rejection, one of them mumbled, “Hatidye sadza kumba kwaMai vake (we do not care).

“Safe travel Burna Boy, you are not a fool like a washed-up boxer,” Chin’ono said.

One of the ruling party officials is believed to be new Mabvuku councillor Scott Sakupwanya, who was recently captured in a video with American boxer Floyd “Money” Mayweather, who was wearing the scarf.

Burna Boy you refused a scarf to warm you up in this cold spell,who does that ?

Burna Boy is known for his stance against oppressive systems. He was one of the world’s top celebrities who endorsed #ZimbabweanLivesMatter in 2020.