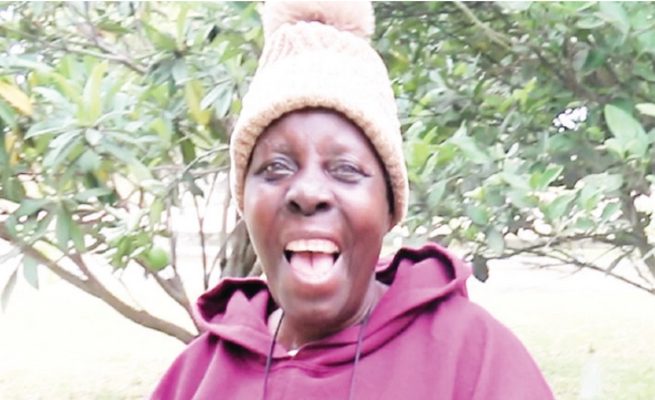 ALICK Macheso’s father, Hudson Chisale, paid £5 as lobola to marry his mother, Emilia, and seal a union which has since provided Zimbabwe with one of her finest musicians of all-time.

Gogo Macheso spoke exclusively to H-Metro ahead of the singer’s album launch and birthday celebrations at Aquatic Complex tonight.

She also congratulated his wife Nyadzisai.

“He is my first born that I gave birth to at the farm,” she said.

“I fell in love with his father, Hudson Chisale, and he paid 5 pounds as lobola, which was a lot of money then.

“Because he was a Malawian, my parents asked him to stay with me at their home at that farm.

“We tied the knot at Shamva District offices because he was supposed to go back to Malawi after six years.

“I gave birth to Alick when I was alone at the farm, doing hard jobs while he was on my back after his father had gone for good.

“I didn’t have enough money to send him to school, so he only managed to complete Grade 7.

“Later, Macheso was taken to Harare by his friend and arrived in Dzivaresekwa where he was reportedly taken by Madzibaba Nicholas Zakaria until he got married to my daughter in-law, Mai Sharo.”

“In search of greener pastures, Hudson moved to other farms in Rusape where he later wrote a letter asking about us, that was the last time we heard about him.

“What makes me happier about my son Alick, although his father went away from me at a very young age, is that my child loves all his relatives, ane rudo, he is giving comfort to all of us and I hear that he helps a lot of people around Zimbabwe.

“That gives me relief, because there are many mothers out there who were left to bring up their children alone, like I did.

“When I realised that Hudson was no longer going to return, I moved on and got married and gave birth to his (Macheso) sister and three brothers, namely Hilder, Ariseni, Mike and Jones.

“Today, all my tears have gone because my son is turning 54 years and is releasing his 12th album but, mostly, because he gave me a friend, his wife Nyadzisai.”

“I want to thank my husband for giving me such a wonderful mother in-law, she teaches me true love, forgiving, tolerance, hard work and philanthropy.

“I loved my mother-in-law, my biological mother passed on in 2009.

“Look at her skin, I took her from her rural home when she got ill, but look at her now.

“My mother-in-law’s law is that every visitor must depart after eating.

“She took me to the Methodist Church, even Macheso is now a Methodist church follower, after we were inspired by our late father, Oliver Mtukudzi.

“We have been married for 30 years now, there have been some ups and downs but they make us come closer.”