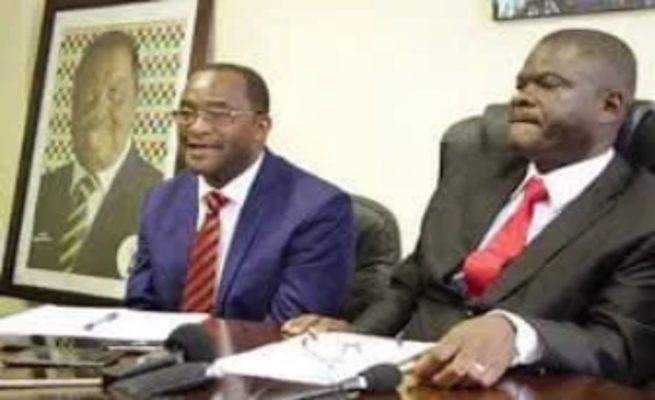 TROUBLED opposition MDC-T’s decision to cosy up to Zanu PF and failure to oppose some of the ruling party’s ills has lost them public support, chairperson Morgen Komichi has said.

Commenting on the recent release of a Mass Public Opinion Institute (MPOI) survey which found out only 1% of Zimbabwe’s population still trusted the once powerful opposition party, Komichi said they had lost their founding principles after the death of Morgan Tsvangirai.

The survey results follow an embarrassing loss at the March 26 by-elections, where it failed to win any council or parliamentary seat.

They revealed that opposition Citizens Coalition for Change (CCC) enjoys 48% support, followed by Zanu PF at 44%.

“The MPOI surveys normally do not lie. People have made their choice. MDC-T has lost its founding principles of opposing and opposing like what used to happen during the days of Tsvangirai.

“If the party is to regain its lost glory, it should return to its politics of opposing,” said Komichi.

The MDC-T, first under Thokozani Khupe, then Douglas Mwonzora, has been receptive to Zanu PF overtures.

Both leaders have recognised President Emmerson Mnangagwa, been admitted into his POLAD and enjoyed freebies that include top of the range vehicles and being flown for some of his events at the state’s expense.

Komichi’s statement also follows reported growing dissent within the opposition ranks, where many want Mwonzora to be replaced as leader after the poor showing.

Despite the clear lack of support, Komichi maintained his party’s 1% was very important and could make a difference at the upcoming polls.

Komichi reiterated his calls for an opposition alliance to unseat Zanu PF as was attempted in 2018 by the MDC Alliance.

“If you closely look at the MPOI results, you can see that there is need for a grand coalition to dislodge Zanu PF. That 1 % of other political parties can make a difference in the outcome of the elections,” he said.

“I still believe that elections are a Constitutional event but are not a solution to our problems. Elections cannot solve issues such as international relations, sanctions and the economic suffering affecting our people.

“The winner takes it all system is evil and we need to have a re look in the system.”