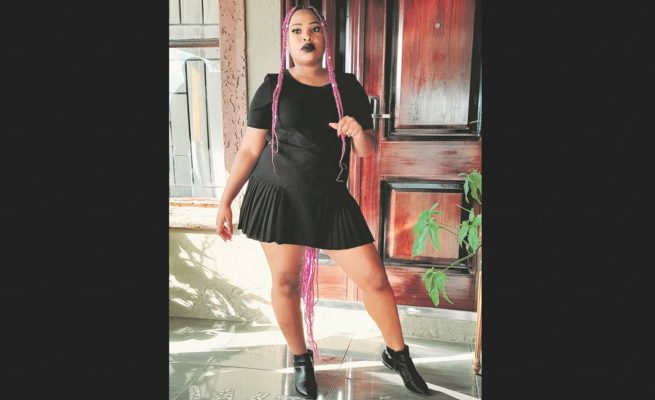 “Let’s not forget that you have daughters and you don’t know what the future holds for them,” she said.

“AND YES! I LOVE BEING TOUCHED BY YOUR MEN!”

She told Daily Sun it wasn’t her problem that men loved her the most when she performed.

She said that women should stop acting like she dragged their men out of bed to watch her perform.

This comes after videos of her performances went viral on social media and she’s been ripped apart by women all day long.

But she wasn’t getting many gigs, so her boyfriend of six years suggested she spices up her show by wearing lingerie when performing.

“I didn’t hesitate. I trust my man because he has my best interests at heart,” said Darling the Pandemic.

But as her fame increased, so did her hate mail. She said when she dances, she allows her fans to touch her wherever they want.

“Women must stop thinking they’re entitled to talk to me as they please,” she said.

“As an entertainer, I have to make people happy. Those men are the reason why I get so many bookings, so all those jealous women must just relax.

“Tomorrow life may change for the worst for you and you’d have no choice but to do certain things.”

“Artist, Jingles, assisted me with connecting me with well-known artists like Mapentane. Otherwise, me and my producers, Cee Are Why and Crazy Bee SA, have been making magic together when it comes to my music,” she said.

She advises women to stop judging her because they don’t know why she does this.

“I’m raising two children and I need to put food on the table,” she said.

The dancer’s boyfriend, Tumiso Lekoto (30), also known as Bra Twist, said: “You need to fully support your woman, no matter what she does.”