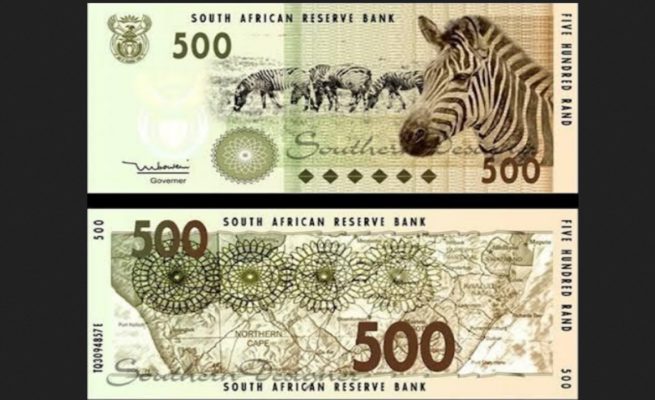 THE South African Reserve Bank (SARB) has dismissed reports it is planning to issue a R10 coin and a R500 note.

The bank cautioned South Africans about a social media post claiming it will introduce a new banknote and coin.

“We introduce to you the first sample of our possible new R500 note,” read the viral post.

The Reserve Bank moved to dismiss the reports.

“Please note this is a fake account and has been reported to Twitter. The SA Reserve Bank is not planning to issue a R10 coin nor a R500 note,” it said.

Please note that this is a fake account and has been reported to Twitter. SA Reserve Bank is not planning to issue a R10 coin nor a R500 note. pic.twitter.com/wffcUwTDQa

Speaking to BusinessTech, the bank said it was researching to determine whether to transition into the higher denomination coin, including introducing a R10 and a R500 banknote.

“The results of the latest study revealed SA is not ready for a R500 banknote. Some reasons stipulated were that the introduction is only valid when the highest denomination, R200 in our case, is the most circulated bank note,” it said.

The Reserve Bank said its study found there is an economic case for introducing a R10 coin but there is no appetite from the public to introduce the coin.

The notes were issued 10 months after the bank was established on June 30 1921, the entity said. Before that, commercial banks were responsible for issuing banknotes into circulation.

The rand replaced the SA pound in 1961, taking its name from the Witwatersrand (white waters’ ridge), the ridge where most gold deposits were found in Johannesburg.