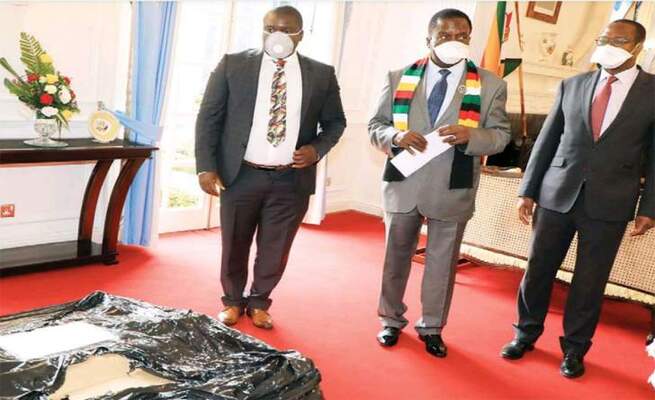 The City of Harare has refused to pay a US$780,000 invoice submitted by Geogenix BV for waste management at Pomona dumpsite.

This emerged after the local government ministry, which awarded the controversial contract, wrote to the local authority urging it to “honour the bill for May as well as the other coming months as they fall due.”

Harare councillors have voted to have the €304,000,000 (about US$320 million) contract cancelled, citing breaches of procurement processes and a failure to consult Harare residents.

For doing little to nothing at the site, Geogenix has served Harare with its first invoice. Acting town clerk Phakamile Moyo, in turn, wrote to the local government ministry saying the city had no capacity to pay.

Local government ministry secretary Zvinechimwe Churu, in a letter dated June 16, insisted that the city should “abide by the contractual terms provided for in the existing contract.”

“May I remind you that the action not to pay has serious consequences, not only with respect to the council’s obligations, but also on the guarantor to the project. Failure to pay will result in accumulation of debt through interest, arrears, penalties and fees due and payable. The amount will become unsustainable should the stance be sustained beyond the May payment,” Churu wrote.

Harare, which previously dumped its waste for free, must now pay Geogenix BV to receive it after the city signed over its Pomona dumpsite to the Netherlands-registered company which is owned by corruption-linked Albanian businessman Mirel Mërtiri.

The city will pay Geogenix BV US$40 per tonne delivered. The stipulated daily delivery is at least 550 tonnes or a minimum 200,750 tonnes per year – translating to US$8.03 million for Geogenix BV in the first year.

“The payment of the annual minimum guaranteed amount shall not be contested or disputed by the City of Harare throughout the term (30 years),” the agreement says.

In the contract, the government said it “undertakes to support the city of Harare through devolution funds to meet its financial obligations, for the gate entry fees, for the minimum guaranteed quantities of waste and to enhance its refuse collection fleet for a period of five years.”

Local government minister July Moyo handpicked Geogenix BV for the contract. Working with MDC-T leader Douglas Mwonzora, Moyo recalled more than two-dozen councillors from the MDC Alliance who would have voted against the deal to secure its passage through council.

The Citizens Coalition for Change has gained control of the city following by-elections held in March, and the party has made cancelling the deal one of its top priorities even against opposition by Moyo.

The councillors have voted to withdraw the council’s opposition to a legal challenge filed by residents who want the deal cancelled.