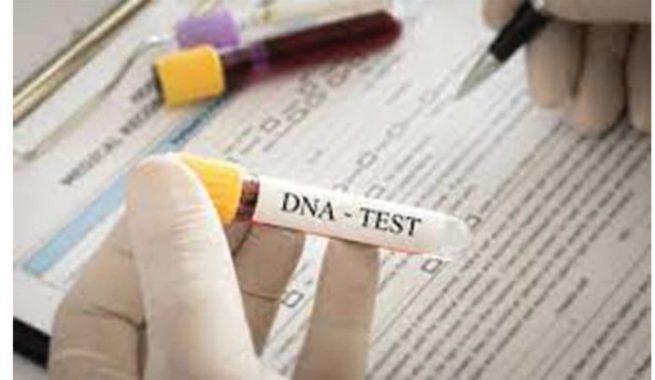 A woman from Pumula North suburb in Bulawayo has been exposed as a paternity cheat after results of a DNA test showed that her child was not fathered by the man who she claimed was her son’s biological father.

Bhekisipho Maphosa, a police officer, was ordered to pay a monthly maintenance of $50 in November 2018 after Gracious Gwetsayi sued him for maintenance.

Maphosa, however, demanded paternity tests as he suspected that the child he was paying maintenance for was not his.

The paternity tests that showed the child was not his were done at the National University of Science and Technology (Nust) Applied Genetics Testing Centre.

The Nust DNA lab has been operational since 2015 and about 70 percent of paternity tests done at the lab have exposed some women as cheats.

In his application for DNA tests, Maphosa claimed Gwetsayi notified him that he was the father of the child two months after she had given birth.

“I am currently maintaining the respondent’s minor child.

At that time, (the order was granted) I did not state that the child is not mine and neither did I request for paternity tests to be done as I did not have the money to facilitate the paternity testing process.

“I have now sourced funds to facilitate the paternity test and to prove that I am not liable to pay maintenance for the minor child as the child is not mine.

“I deny paternity on the grounds that the respondent claimed I was the father of the child two months after she had given birth.

“This puzzled me because I had se_xual intercourse with the respondent six months prior to her giving birth but she gave birth to a full-term baby.

“My suspicions were increased when it later came to light that when the respondent was three months preg_nant, she pointed out one Lebonang Ncube as the man who had impreg_nated her but he fled to South Africa upon hearing the news.

“I am sure that the child is not mine and I am being made to look after a child who is not mine,” reads Maphosa’s application.

In response, Gwetsayi said her ex-lover was lying by stating that by the time he had se_xual intercourse with her she was already preg_nant.

The applicant is claiming that he had se_xual intercourse with me while I was preg_nant.

That is a lie,” responded Gwetsayi.

Gwetsayi was left with egg on her face when the DNA results proved that Maphosa was not the biological father of her son.

The results read in part: “The alleged father Mr Bhekisipho Maphosa is excluded as the biological father of the child.

This conclusion is based on the non-matching alleles observed at the loci listed above with a paternity index equal to zero.

“The alleged father lacks the genetic markers that must be contributed to the child by the biological father.

The probability of paternity is zero percent.”

Meanwhile, this claim around paternity fraud is not new in the country.

It has been reported before that more than 70 percent of Zimbabwean men may be taking care of children who are not theirs as cases of paternity fraud continue to soar in the country where mothers deliberately misidentify the biological father of the child.