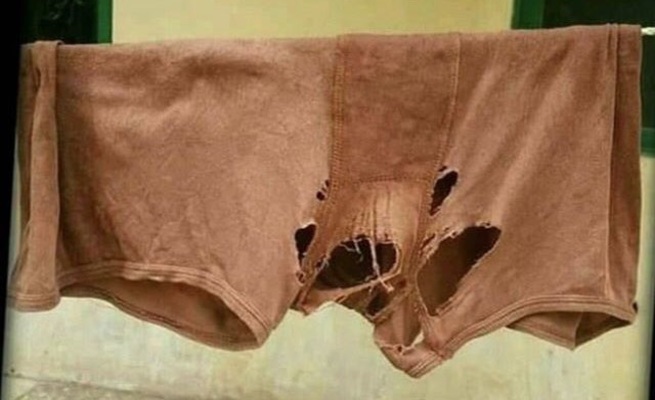 A Nyajena woman Florence Mapwanya nearly lost her eye after her husband Misheck Mapwanya (63) hit her with a stone over a tattered panty that she had hung on a washing line.

Florence did her laundry, and among the clothes that she hung on the washing line was her torn underwear. This did not amuse Misheck who ordered her to remove it.

She complied, but their argument degenerated, and Misheck threw a stone at his wife which hit her just below the eye.

However, the couple is also said to have argued earlier after Misheck sent ZWL$900 that the two had worked for at a piece job to his alleged girlfriend Olivia Chibaya.

It is the state case that on May 5, 2022, around 10am, the complainant came across the accused’s cellphone. She discovered that the accused had sent ZWL$900 to Chibaya.

Then on May 20, 2022, the complainant did her laundry and hung her clothes including the torn underwear on the washing line, and all hell broke loose.