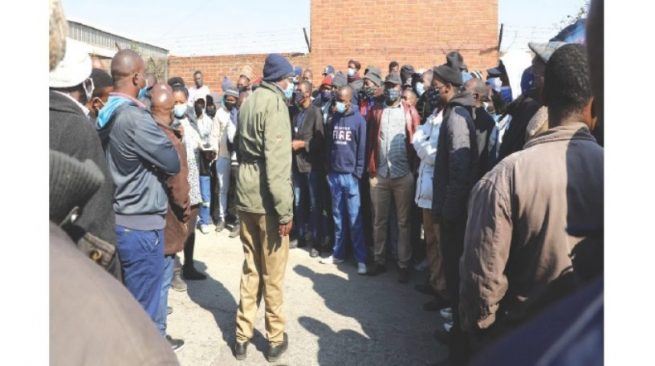 GOVERNMENT transport operator ZUPCO’s Masvingo depot is currently engaged in a retrenchment exercise as contractors continue to pull out of the franchise, it has emerged.

Following the opening up of the transport industry, kombi and bus owners who were operating under the ZUPCO franchise began to pull out of the alliance leaving the company with a workforce which was more than the number of vehicles.

This has prompted the government owned entity to downsize its workforce.

“Notice, our company is carrying an exercise of downsizing employees according to bus ratio against workers ratio today for all departments,” read one of the notifications.

When contacted for comment, Gaye said he was busy with disciplinary hearings and asked to be contacted after an hour.

“Right now I am dealing with disciplinary hearings so I cannot talk but you can call me after one hour, I will be done with the hearings and I will be able to speak in detail,” said Gaye.

Further efforts to get a comment from him were fruitless as he did not pick up calls made to his mobile phone.

ZUPCO Masvingo area manager, Ezekiel Mazarira was not also responding to calls until time of publishing.

However, it has also emerged that some ZUPCO supervisors at the depot are engaging in nepotism and recommending dismissal of some workers on unfair grounds.

The company has also been battling financial problems which has led to strikes by workers.

ZUPCO Masvingo has been one of the most affected depots when it comes to industrial action.