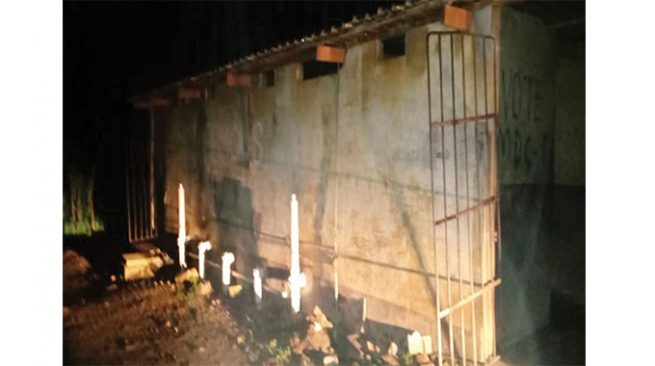 A woman from Nkulumane suburb dragged her co-tenant to court after she accused her of being in the habit of having se_x in the toilet with her husband.

Farisai Ndoro is a bitter woman because her co-tenant Sarudzai Sigauke is a thorn in the flesh in her life as she always suspects that she is having an affair with her husband.

To show that she was bitter she would brand her a pr0stitute and would go a gear up as she would accuse her of engaging in se_x with her husband in the toilet.

Ndoro said she could not bear the brunt of being humiliated and rushed to the Western Commonage Court to seek legal intervention.

“My name is Farisai Ndoro. My co-tenant Sarudzai is emotionally, physically and verbally abusing me. She is always accusing me of having a se_xual affair with her husband and would claim that I have se_x with him in the toilet.

She is also in the habit of labelling me a pr0stitute who is bent on wrecking her marriage. Whenever we argue Sarudzai would bash me. She always bangs on my door while shouting obscenities and would repeatedly brand me a pr0stitute and that has tainted my reputation at home and in the suburb.

And she disturbs us during the night as she plays her radio until 3AM. I have tried to engage her on several occasions so that we could live amicably but all my efforts have hit a brick wall. Therefore, I’m applying for a protection order against her,” she said.

Sigauke denied the allegations levelled against her and said: “She is lying your Worship, I have never assaulted her or insulted her. When we argued last week on Sunday, she turned violent and assaulted me.”

The presiding magistrate Ulukile Ndlovu granted the pair a reciprocal order which binds them to live peacefully with each other.

Deputy head and teacher get 3 years in prison each for...