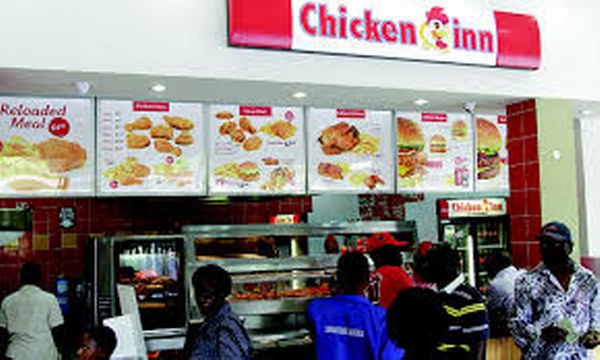 ANGRY that he was asked to leave the premises for drunk and disorderly conduct, a Bulawayo man has been dragged to court for threatening to stab a Chicken Inn security guard.

Mpendulo Ncube is accused of drawing an okapi knife on the fast-food outlet security guard Langton Mushamiri after he told him to leave the premises.

This is after he had allegedly walked into Chicken Inn, situated at corner 8th Avenue and Jason Moyo Street, drunk.

He is accused of causing a rumpus at the outlet.

Ncube appeared before Bulawayo magistrate Nomagugu Maphosa facing a charge of assault, and was remanded in custody to 6 July to secure legal assistance.

Charges against him are that on 27 June 2022 at around 6pm at a Chicken Inn outlet, the accused entered the premises drunk.

Mushamiri approached Ncube and instructed him to leave the premises but he refused.

The security guard escorted the accused from the premises but Ncube drew an okapi knife from his pocket and threatened to stab him.

Mushamiri sought the assistance of his workmates and they managed to apprehend the accused and led him to the Bulawayo Central Police Station.

A case of assault was opened.

Nelson Bhebhe - 29 November 2022 0
The Environment Management Committee has resolved that Council rations water in the wake of suppressed water production. This is to ensure equitable distribution of water...

Tshuma Rueben - 29 November 2022 0
TWO people died, while nine others were injured after a Toyota Noah they were travelling in veered off the road and landed on its...

School head beaten to pulp after being caught red handed having səx with pupil,...

Cynthia Goba - 29 November 2022 0
PARENTS are up in arms after a Limpopo secondary school was hit by allegations of s_əxual activities involving a pupil and the deputy principal. This...

Sugar mama Vongai Zvembire (46) dies after Ben 10 crushed her head with a...

Cynthia Goba - 29 November 2022 0
EVEN THOUGH she was 17 years older than her new boyfriend, the family still accepted him into their home. They thought he was a good...

Muza Mpofu - 29 November 2022 0
MAKHADZI’S fans are tired of her endless excuses as a result they rejected her apology. She was supposed to perform at Sekhukhune Lifestyle Spring on...

Cynthia Goba - 29 November 2022 0
A 55-YEAR-OLD man living with disability died in a hit-and-run incident on Friday night. Mubango Nyama was going to Amaveni Superette when the unfortunate incident...

I want to summon my ancestors to speak to me: Drama as man appears...

Cynthia Goba - 29 November 2022 0
A KUWADZANA man appeared before Harare magistrate Dennis Mangosi on Monday clad in his traditional healer’s attire to answer to counts of intimidation and...

Cynthia Goba - 29 November 2022 0
A CONGOLESE man is in trouble for allegedly possessing a fake Zimbabwean identity document. Benjamin Kabongo, who is based in Chiredzi, claimed to hail from...