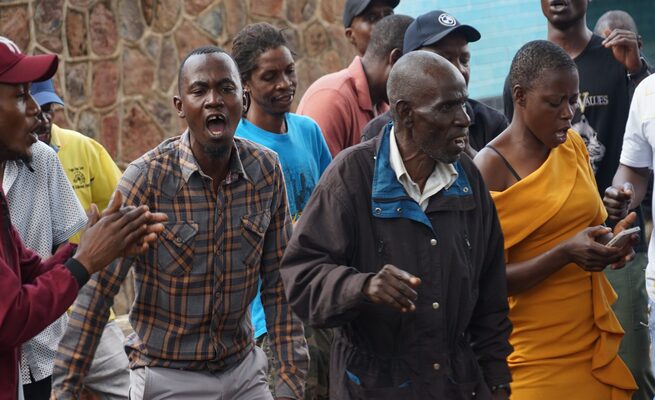 EFFORTS by the ‘drunkards church’ Ziva Mwari, to launch a new branch in Harare encountered a setback Saturday after police clearance was delayed.

Church founder, Richard Twabi, said a new date for the launch will be announced in due course.

The church, first of its kind, made headlines three months ago following its establishment at Bindura’s Trojan Mine complex.

Twabi said he understands the police position and will come up with new arrangements.

“It is with a heavy heart that I am saying or conveying this sad but motivational word to the church and indeed to the nation at large,” he said.

“Today, 02/07/22, was meant to be our birthday in Harare CBD, but we had some hinderances… because of the political grounds in the country.

“The church was meant to meet the following government protocols or rules-an application to gather as congregants and to observe the laid down regulations, taking into account the Covid-19 pandemic.”

Twabi added; “The police clearance was not sorted on time, even when we had applied in advance.

“The above-mentioned issues are beyond our control, as a church we have come to understand these shortcomings.”

The church was formed by a group of beer drinkers tired of the ill-treatment they received in their original denominations.

Congregants are allowed to behave anyhow every other time except for the one hour (9-10am) of every Sunday dedicated to the service of the Lord.

One is allowed to drink, smoke and do anything else they want as long as you remember the one-hour Sunday worship time.

Twabi said their mission is to reach out to the less privileged and encourage the youths to focus on building their lives using clean means.