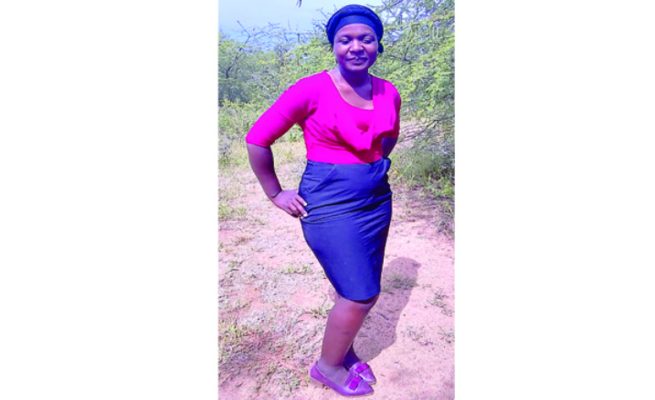 THE better part of Ms Happiness Sibanda’s childhood was punctuated with bitterness and anger as she felt her father had neglected her.

For years, Ms Sibanda (32), from Nkayi District in Matabeleland North pondered without answers on why her father, Mr Doctor Khumalo, had failed to take care of her upkeep.

She longed for an opportunity to bombard him with questions, as she believed it was because of him that she lacked the father’s protection and provision as she grew up.

However, following the publication of an article titled “Missing fathers . . . Children relive the agony” by Chronicle to commemorate this year’s Father’s Day two weeks ago where Ms Sibanda narrated the ordeal of growing up without a father, her paternal relatives sought her and connected her with her father.

She said a day after The Chronicle published the article, a cousin who knew her father contacted her.

Ms Sibanda said last Saturday she finally met her father, and discovered that she was his only child.

“When that article was published, I received a call from someone called Lucky who turned out to be my cousin from my paternal side who lives in Pumula East,” she said.

“He told me that he knew the whereabouts of my father and that he was in Tsholotsho and he agreed to accompany me to see him,” said Ms Sibanda.

She said last Saturday they travelled to Sipepa area in Tsholotsho where for the first time, she met her father.

Ms Sibanda said she was overwhelmed with joy as she met him.

“He couldn’t even utter a word; all he could do was cry as we embraced each other. Sadly, he is not in good health and I was told he has been like that since he returned from South Africa in 2010,” she said.

“As a result, it became very difficult for me to ask him all those difficult questions. All the bitterness, the anger and frustration that I had with him is over. I instantly felt his love and I also learnt that I’m his only child,” Ms Sibanda said.

She said she was told that her father left for South Africa in 1993 and, thereafter, lost all communication with her mother, Ms Sharon Sibanda, whom he had met in Bulawayo.

The couple had photos of their daughter that were taken in 1993 before he left for South Africa. “Although my paternal relatives knew about me, they had no way of reaching out to me. There were no communication channels.

“So, the article that you published helped us a lot in connecting with my father’s relatives. The weekend I spent in Tsholotsho was one of the best moments in my life,” said Ms Sibanda.

“I discovered that we are a big family and all of them were so excited to meet me. So, I have resolved that this coming weekend (today) I will go back to see them and also that my children can finally meet their grandfather,” said Ms Sibanda.

She, however, said it was too early for her to share pictures with her father, as they were still trying to create a relationship.

Ms Sibanda could also not provide Chronicle her father’s contacts saying she did not believe he would be comfortable talking to the press.

While Ms Sibanda has located her father, her brother Mr Clinton Ncube, is still searching for his father.

She said her brother’s father was identified as Dumisani Ncube who used to work as a Chronicle newspaper vendor and operated from North End suburb.