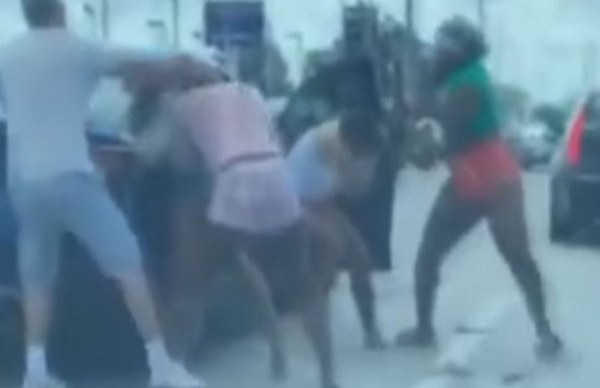 A FIGHT broke out among passengers aboard a Carnival Magic cruise ship due to allegations of cheating on the trip.

Theresa James, a travel agent, said the fight began just before 2am on the ship’s fifth floor, which houses a dance club and casino.

Beer bottles were smashed and a woman may have been cut during the chaos, said James.

The brawl reportedly lasted about an hour and took the parties involved from the fifth floor to the ship’s first floor, which was described as a huge distance.

The woman said the altercation wasn’t physical the whole time and an estimated 60 people may have been involved.

James credited Carnival and its security team for jumping in and bringing the situation under control.

She described the guests involved in the fight as “ignorant fools acting stupid” and said the situation could have been worse if not for security.

Security had to call in the Coast Guard to help escort the ship to shore.

It’s unclear if anyone was arrested or if New York or New Jersey cops would handle it or another jurisdiction as it may have happened on international waters.

Meanwhile, James said while the cruise got intense toward the end, it was an overall great vacation and she has already booked another one with Carnival for August.