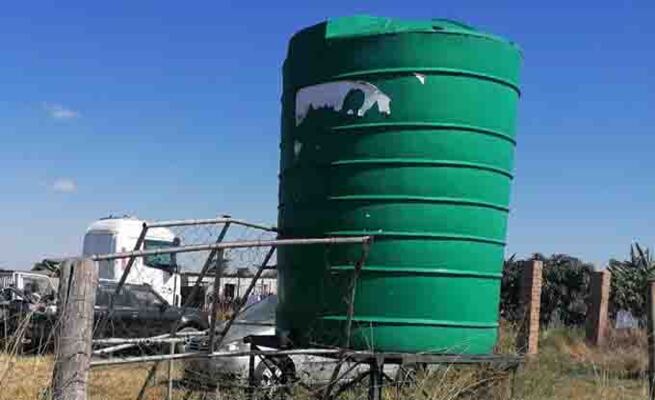 The scheme, introduced by President Mnangagwa, is meant to provide clean water to all citizens in urban areas, following successive years of failure by the opposition-run local authorities.

Under the Second Republic, Government has taken a deliberate move to empower communities through provision of reliable safe clean water across the country.

In separate interviews, residents who spoke to The Herald blasted the selfish motive by Mr Mbetu, saying it was against President Mnangagwa’s thrust of leaving no one behind.

Some interpreted the move as a bid to derail President Mnangagwa’s vision of ensuring communities have access to clean water.

Mr Herbert Nyadzo, a resident, said it was disappointing that the whole community was being subjected to unnecessary suffering because of one person.

He said the borehole was vandalised and they no longer had access to safe water.

“We became excited after President Mnangagwa extended the gesture to us as residents of Glen View, which is known for erratic water supply due to the failure of opposition-run council to deliver clean water,” said Mr Nyadzo.

“Since the person fenced the borehole is a council official, obviously he is pleasing his master by inhibiting us from drinking safe water.”

Another resident, Mrs Simbai Mupande, said they thought they had been relieved from buying mineral water, which was safe to drink, since they now had a borehole.

“These people who vandalized our community borehole have sinned against us, especially women,” she said. “Our President has love for his people by showing determination to end water woes here in Glen View, but the vision has since been thwarted by individuals who are bent on fighting our visionary President.”

The Presidential Borehole Drilling Scheme was designed to ease the burden of walking long distances in search of clean water and empowering women as they were the victims of water woes when carrying out their domestic chores.

There are allegations that Mr Mbetu is being assisted by his colleagues who vandalised the borehole and brought vicious dogs to assist them in ensuring no one gets to the borehole.

The borehole area was an open space used for conducting community programmes, as well as Zanu PF meetings, but is now inaccessible.

This publication visited the place and witnessed the vandalised borehole, with the area fenced off and now being used as a car park, with vicious-looking dogs inside.

The residents had two boreholes drilled in Glen View 2A District, with the one at Dare Rechimurenga, which is at the centre of conflict, no longer functional.

The other one is along School Drive, where residents can still access clean water without any hindrance.

“I can say the borehole was vandalised after an individual just thought of using a community place to his own benefit without thinking of the majority of residents who are suffering because of water woes emanating from dereliction of duty by the opposition-run council,” said Mr Zinamo.

Contacted for comment, Mr Mbetu refuted the claims, insisting he was not the owner of the car park in question and accused Zanu PF shadow Member of Parliament for Glen View South Constituency Cde Offard Muchuwe of being responsible for fencing the borehole area.

“I’m not the owner of the car park and neither responsible for fencing the area in question,” he said. “Muchuwe is the one who brought the fence and fenced off the borehole area.”

But Cde Muchuwe denied the allegations, saying whoever was behind sabotaging President Mnangagwa’s programmes aimed at improving livelihoods should be arrested.

He said he could not let an individual benefit at the expense of the majority, adding that the fence should be removed with immediate effect.

“I remember vividly that the place was used for community gathering and our party meetings, so blocking residents from accessing the place is a sign of greediness,” said Cde Muchuwe.

“Whoever is behind that must be arrested. We cannot let people suffer because an individual wants to benefit, while the majority are facing water woes.

“The fence must be removed as well as the dogs. This is a bad practice and it will not take our President’s name forward as we working for five million votes for the President.”