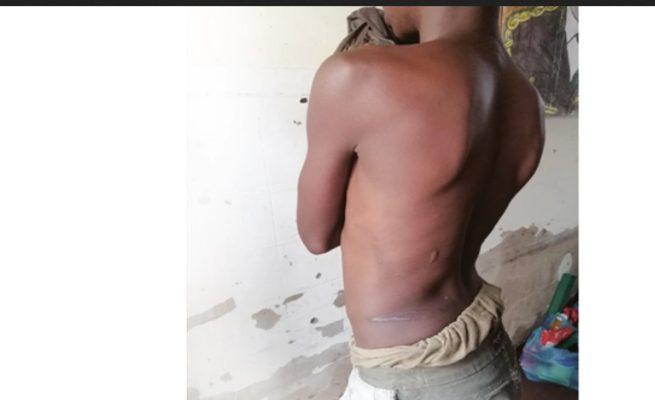 THE boarding master of Percy Ibbotson Remand Home in Bulawayo’s Luveve suburb is caught up in a child abuse storm as he is accused of not only severely assaulting the children that are under his care with a whip, but also forcing them to sleep on wet floors.

The issue of abuse came to light after three 15-year-old boys from the home escaped after they were allegedly beaten by a “Mr Mpofu” for unclear violations.

Percy Ibbotson Remand Home and Hostel is a reformatory located in Bulawayo’s Luveve suburb where juvenile offenders are kept and reformed under the supervision of social workers.

B-Metro caught up with the escapees and they had a lot to share on how they were being ill-treated by Mr Mpofu and other members of staff at the children’s home.

“We decided to escape from Percy Ibbotson, the three of us, after we were assaulted by Mr Mpofu, who was accusing us of taking drugs while at the home.

“I tried to explain the issue to Mr Mpofu that one of our house mates, (name supplied) had actually brought dagga to our hostel but he would not take any of my stories instead he started beating us up using a sjambok,” said one of the children.

Mr Mpofu is alleged to have “sjamboked” the boys all over the body and they sustained serious injuries. Their abuser threatened them with death in the event that they reported the matter to the school authorities and this saw some of their wounds healing without getting any medical attention.

“A lot of people have been asking us why we decided to run away from Percy going back to Plumtree. In short, let me tell you that we could not take it any more as each time something goes wrong we are sjamboked like animals.

“Right now, if you check our backs we have got scars of injuries that we sustained as we were being sjamboked for smoking dagga that some of us don’t even smoke.

“Soon after being sjamboked, we were locked up in a room and water was poured on the floor and we were forced to sleep on the wet floor overnight as part of our punishment,” said the boys.

The boys, who wanted to escape to Plumtree, walked from Bulawayo to Figtree where police came to their rescue.

“The next morning we were released from the detention room and we were assigned to dig pits with a depth of our heights as part of punishment and this later turned to be our opportunity to escape as we needed our freedom.

“When we escaped from Percy we decided to go to Plumtree as that’s where we all come from, the three of us. We walked all the way up to Figtree and as we were stopping vehicles asking for transport, we met this other police officer who offered to carry us.

“As we were travelling he told us that he wanted to drop off some documents at Figtree Police Station. Little did we know that he had received a tip-off that we had escaped from Percy.

The three boys told B-Metro that they no longer felt comfortable and safe at Percy as the members of staff could do anything to them as they had exposed the institution.

“Our plea is for us to be taken to any other home which is not Percy as Mr Mpofu promised to kill us if we ever exposed the abuse we had suffered in his hands. We know that if we are to be taken back to that place our lives would be in serious danger,” said one of the boys.

When B-Metro reporters visited Percy Ibbotson to get clarity over the issue, they were referred to the Bulawayo Social Development Officer Sithandazile Bhebhe, who asked to be emailed the questions. The questions were emailed on 23 May but there has been no response.

“We are still seeking authority to respond from our superiors,” she said recently.