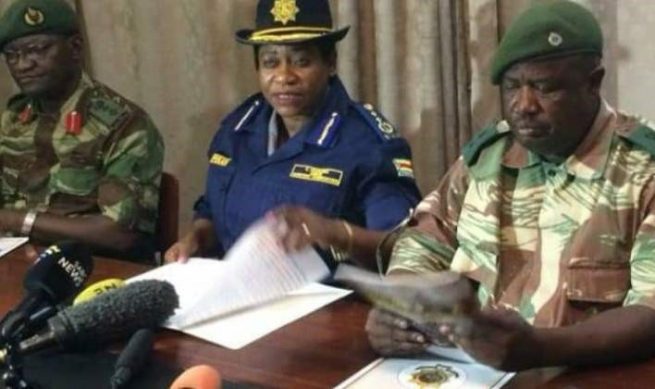 The Zimbabwe National Army has disowned a fake letter circulating on social media platforms purported to have been written by Commander ZNA Lieutenant General David Sigauke alleging that JB Family Electronics, a company operating illegally in Mbare was an events’ sponsor and donor.

In a statement yesterday, ZNA spokesperson, Colonel Alphios Makotore said the letter was malicious, reckless and irresponsible. The letter, Col Makotore, aimed to cause despondency.

“It has come to our attention that a letter purporting to have been written by Commander Zimbabwe National Army, Lieutenant General David Sigauke is circulating on social media. The letter purports that JB Family Electronics which is doing its business in Mbare Township is a regular ZNA and National Events Sponsor and donor,” reads part of the statement.

“The illegally operating company further insinuated that the Commander Zimbabwe National Army had authorised it to do business, without hindrance whatsoever. This is blatantly false, malicious, irresponsible and reckless and should be dismissed with the contempt it deserves.”

“Everything about the letter is neither genuine nor authentic. This includes a faked letterhead, date stamp, office phone number, signature and the signature block itself.”

He said it should be put on record that no such letter was originated from this the army headquarters and undersigned by Commander ZNA.

Commander ZNA, he said, is in no way involved with JB Family Electronics Trading nor is he involved in events mentioned in the document.

Col Makotore said the ZNA was working to bring the perpetrators to book and face the full wrath of the law.