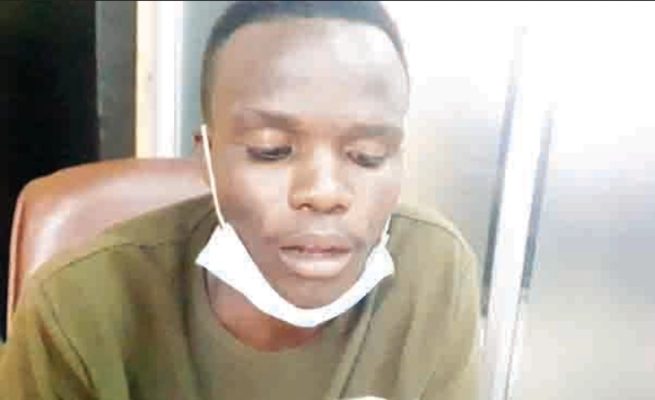 A MAN, who claims to be from Tanzania, arrived in Harare yesterday claiming he was desperately asking for leads to connect him to “toe buyers.”

The “toe trade” has since been proved to have been a fantasy.

The only person, who outrageously confirmed he was involved, is now facing charges in court.

The Ximex cellphone dealer claims he was drunk when he was recorded, in a video, suggesting he was aware of the trade.

David “Zhula” Kaseke (40), of Mufakose, Harare, was captured on video by a journalist bragging he was an agent for people buying toes in the capital.

He was later arrested and dragged to the Harare Magistrates Court charged with criminal nuisance.

Now, a Tanzanian national has travelled all the way from Dar es Salaam, lured by this fantasy trade and hoping to strike a jackpot in the Sunshine City.

Robison Mwinuka, who does not have a passport, claimed he travelled by bus from Tanzania’s biggest city, desperate to make a fortune.

“In Tanzania, there is this rich man who told us that he got rich mysteriously after coming here to sell his toes,” said Mwinuka.

“He refused to give me the finer details but just said ‘Go to Harare, Zimbabwe,’ and you will be told where the person is.’”

He said he checked on the internet and became convinced he could also strike it rich in Zimbabwe.

Mwinuka, who claims to be a bus driver in his home country, said he came here to try and “sell a toe,” and is willing to sell more if the prices are right.

“I have no one to take care of me, my parents died and I am struggling to make ends meet,” he said.

After being told that the “toes-for-sale” tale was just a myth, Mwinuka burst into tears.

He now faces the challenge of having to find means to enable him to travel back home to Tanzania.

Mwinuka, could be heard grumbling in Swahili, saying he regretted ever coming to Zimbabwe.

He also pleaded with the reporter not to hand him to the police.