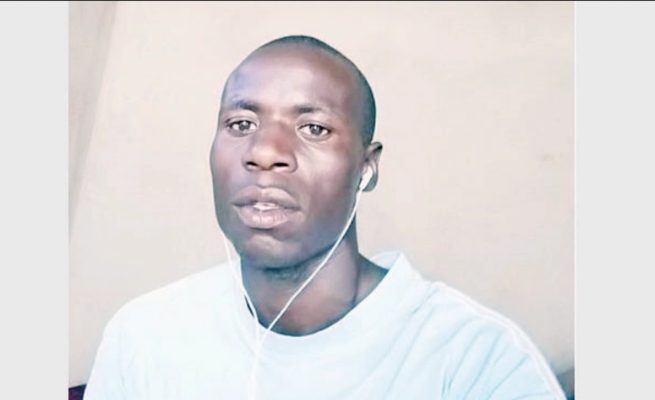 FOUR Form four pupils at Jonas High School in Seke were forced to roll in the mud, in a river and do some rigorous push-ups, while they were being viciously assaulted by a man.

He even deployed his dogs, to ensure none of the boys would escape, as they were being viciously attacked with a whip.

The man, who inflicted the punishment, is believed to be a former soldier.

He ‘punished’ the boys after he found them playing at the gate of their school.

Prosper Tirivavi is the man who is being accused of the vicious assault, which was captured on video, and has been condemned by the community.

He has since been arrested.

Sources said he ‘kidnapped’ the four boys at the gate of their school, Jonas High School, and assaulted them one after the other.

He then force-marched the boys back to their school where he surrendered them to their deputy headmaster, Simbarashe Mapfumo.

The pupils were accused by Prosper of watching a video on a smart phone when they were supposed to be attending lessons.

Parents of the victims lodged a police report against Prosper on the same day.

However, one of the officers, is said to have refused to open a docket against Prosper, according to the parents.

Following the constable’s lack of cooperation, sources said, another report was lodged against the cop, leading to the arrest of Prosper yesterday.

A video of the inhumane, and barbaric act, was recorded and is circulating via smart phones.

One of the victims’ parents told H-Metro they hunted down Prosper and took him to the police.

The parents said they will also file another complaint against Mapfumo for not taking any action.

“We, as parents of the pupils, were shocked to learn that we have villagers who have such an evil spirit of ill-treating defenceless children,” said one of the parents.

“He treated our children in a horrible way because there is no such punishment, no matter what crime, which one can inflict on school kids.

“We lodged a police report but Constable Samanga refused to open a docket and we took the matter to her superiors.

“After that report, an arrest was effected and we want to lodge a report against Jonas School and its deputy headmaster for thanking Prosper, with the punishment he inflicted on our children.

Prosper is expected to appear in court today.

Mapfumo could not be reached for comment by the time of going to print.