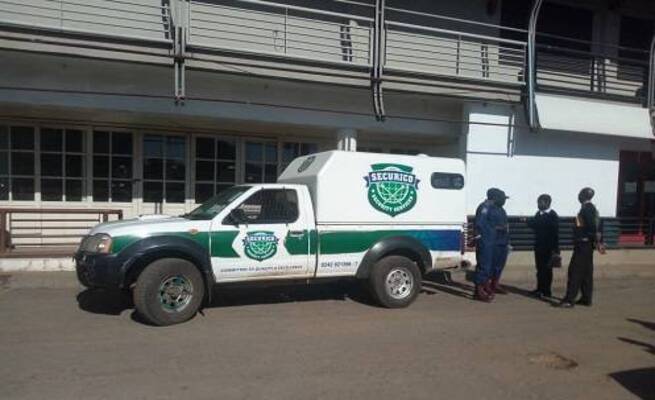 FOUR armed robbers raided a Securico Security Services cash in transit vehicle mid-morning today and got away with nearly US$90 000 at a Standard Chartered ATM, at Newlands Shopping Centre in Harare.

The four who were armed, attacked the security guards while they were preparing to put money in the ATM at around 11am.

Police have since launched investigations into the case.

Meanwhile police are also investigating circumstances in which two company employees who were driving a Honda Fit Hybrid vehicle were also attacked and robbed of US$34 000 at around 8.30pm yesterday in Harare.