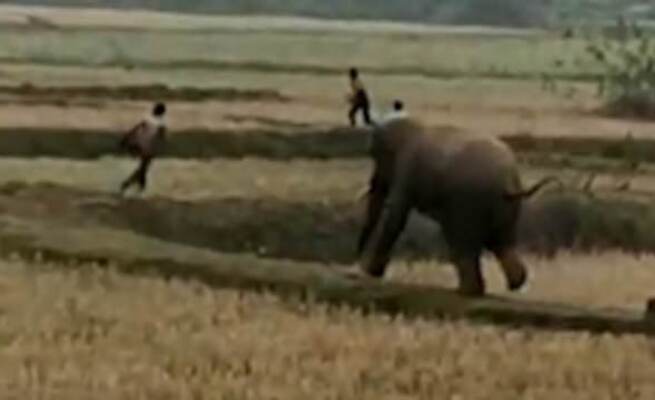 AN 18-year-old Bubi District man in Matabeleland North should thank a quick-thinking relative who saved him from marauding elephants after she distracted them with a wrapping cloth that she waved in the air and threw to the ground, forcing the jumbos to leave the injured teen and trample on the fabric.

The incident happened on Wednesday after students at Lukala Secondary School provoked two elephants that were passing by. The elephants are said to have gone their way, but down the road they took out their frustrations on Tinashe Ncube who had no idea that the elephants were angry.

According to Advent Nkomo, a teacher at Lukala Secondary School, Tinashe was with a female relative when they encountered the elephants.

“Tinashe was with a woman who is his relative and when the elephant started to attack him, the woman took off her wrapping cloth (intsaro) and threw it on the ground. The two elephants left him and went to attack that cloth,” said Nkomo.

According to Nkomo, the matter has not been reported to the police since the police station is far away from the area where the incident had occurred.

The elephants, which were passing near Bubi Secondary School around 10am on Wednesday, were provoked by noisy students.

“There are a lot of elephants in this area and now we are fearing that they will harm the students since they don’t know how dangerous these elephants are,” said Nkomo.

”It happened yesterday. I can confirm that a young man was injured by two elephants, the investigations are still in progress. The information we have right now is from the witnesses, our team is working on it,” said Farawo.