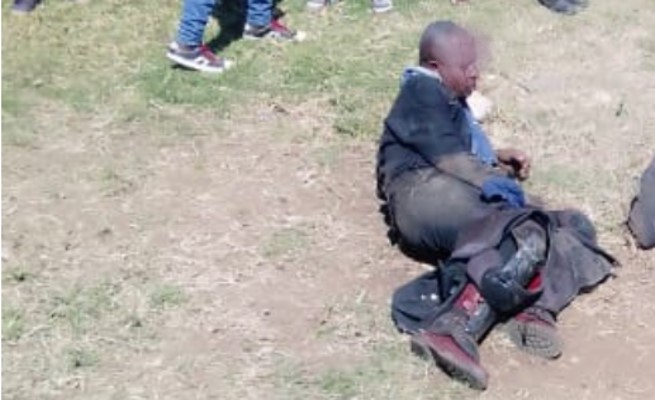 Two ZRP officers are in hot soup following yesterday’s incident at Highglen Road near Mashayabhande Road in Harare, which led to the death of a 54 year old man.

The police officers who were on an unsanctioned act were allegedly involved in a scuffle with a pirate kombi driver who then lost control of the vehicle which then hit a pedestrian.

In a statement the police said that criminal charges and disciplinary measures are being taken against the rogue officers who are said to be currently nursing injuries, sustained from a mob attack, at a local hospital under guard.

“The ZRP regrets the fatal incident that occurred this morning at around 1140 hours, along Highglen Road near Mashayabhande Road in Harare, where a man (54) died after police officers who were not deployed for that activity engaged in an unsanctioned act.

“The ZRP Command has directed that criminal charges and disciplinary measures be taken against the officers and definitely the law will take its course. The ZRP passes its deepest condolence to the bereaved family,” read the police statement.