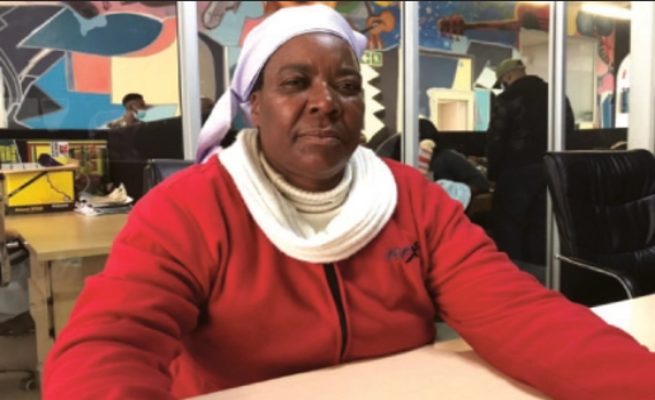 HONOUR thy father and thy mother, as the Lord thy God hath commanded thee, reads Deuteronomy 5 verse 16.

But what if the father se_xually abuses his daughter?

Does this kind of father deserve to be honoured?

This question is haunting a Mutasa woman who approached The Manica Post Weekender last week to reveal that her father allegedly broke her virgi_nity on a grave when she was only 12 years old, before using her hymen and blood to curse her into remaining single for the rest of her life.

Alice Maudzi (55) is up in arms with her 87-year-old father, Fanuel Maudzi, who stays in Murambi, Mutare.

She also claims that there are two graves at her father’s kitchen doorstep at their Mukoyi rural home in Mutasa District.

Alice says the graves are her father’s shrines for his wealth enhancing rituals.

Alice claims that she was doing Grade Four when her father allegedly ordered her to strip off her clothes and lie on an unknown person’s grave before rap_ing her once, a horror that will remain engraved in her memory for eternity.

She says she was rap_ed again three years later on another grave.

The distraught woman has since enlisted the services of the police to exhume the remains of the people buried at the family’s Mukoyi homestead whom she claims were murdered by her father.

As a result, the police will this later this week visit the Maudzi homestead to ascertain whether Alice’s claims are true or false.

“Alice approached us with the case. We need to verify the claim by visiting the homestead. The remains need to be exhumed and if indeed it is true that people were buried there, then Maudzi will have a case to answer,” said Assistant Inspector Chinyoka.

In an interview on Tuesday, Alice accused her father of storing the blood he collected from her when he rap_ed her 43 years ago and using it to enhance his wealth.

She claimed that her father’s black magic is the reason behind her failed marriages, adding that she was married off to goblins.

“I have failed to maintain long term relationships due to my father’s misdeeds. After my father rap_ed me years ago, I met a man and fell preg_nant. This did not go down well with my father and he refused to sanction my union with the man, saying I was someone else’s wife. He told me that I should only be intimate with him to quench his goblins’ sexual desires,” she said.

“He inserted some herbs into my private parts before raping me. He then retrieved the herbs and placed them in his pocket. He has kept them there for the past 43 years. I fled from home and have been wandering across the country ever since.

“He has kept the herbs that he used when he rap_ed me for the second time and this was confirmed by prophets and traditional healers that we consulted over the misfortunes befalling us as a family.

“They also confirmed that I will never marry or prosper in life as long as my father is still alive,” she said.

Alice’s brother, Clifford, said before he became prayerful, each time he consulted spiritual healers, he was told that his father was behind the family’s misfortunes.

He, however, said he is no longer being tormented by his father’s charms as he was born again.

“I was not a witness to what my sister endured when she was young as I was not staying in the rural areas. The rape incidences have been kept as secrets.

“However, before I devoted my life to Christ, I was also a victim of bad luck. When I sought the services of spiritual healers, they would name my father as the source of my troubles. Prayers are helping to break the curses,” he said.

Called for a comment, the two’s father, Fanuel, handed over the phone to his other son, Stephan Bingala.

“We are actually coming from the police and we have been told that we are going to Mukoyi Village so that the graves, if they exist, can be identified and exhumed.

“We do not know anything about the graves at the homestead. We want Alice to show us the graves so that my father’s innocence can be proved,” he said.

The family is expected to go to Mukoyi Village with the police today (Friday).