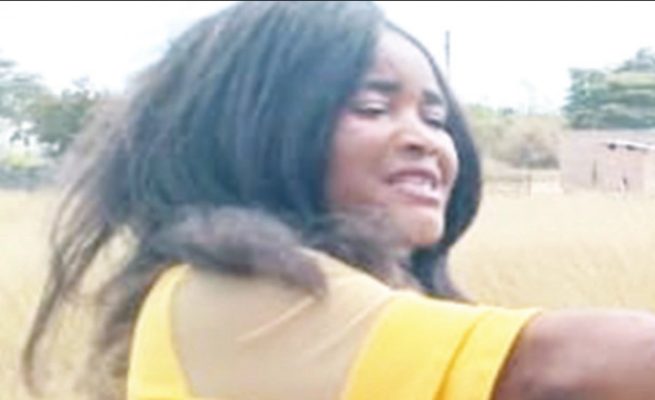 A MARRIED woman is alleged to have engaged in oral se_x with a kraal head to enable her to acquire a residential stand in Mayambara Village, under Chief Seke.

Constance Chanakira, 38, of Savanhu Village disclosed her shenanigans with kraal head, Victor Savanhu, after she was ordered by the Environmental Management Agency (EMA) to stop building her house, on a wet land.

Savanhu, a widower, told H-Metro the claims from Constance were malicious and meant to tarnish his image after her arrest by EMA.

Constance is expected to appear at the Chitungwiza Magistrates’ Court tomorrow.

“Constance has a bad behaviour in which she leaves her husband at home and returns around midnight,” said Savanhu.

“She is of loose morals, that is why she lied to villagers that I took her to a bush where I rap_ed her.

“I never did that to her.

“I was informed by our youths that Constance had built a house during the night. I warned her over such a decision and I took the matter to EMA.

“She is expected to answer the charges this Tuesday at Chitungwiza Magistrates Courts.

“Her claims of rap_e are malicious and meant to tarnish my image because I ordered her to stop building a house on a wetland.

“Her argument was based on some of the villagers who have built their houses along the same wetland. I told her that committing a crime, basing on other wrong doers, was not a defence,” said Savanhu.

Constance told H-Metro she built the house from the money she paid Savanhu and that he had allegedly se_xually abused her.

“Savanhu pleaded with me to have oral se_x with him after he drove me to a secluded place,” said Constance.

“I told him that I wanted a residential stand for my child based in South Africa and he said I could pay a small amount of money on condition that I would agree to his se_xual demands.

“I complied since I didn’t have enough money but husband did not know about this.

“I disclosed this illicit affair after Savanhu teamed up with other villagers ordering me not to build a house on the wetland.

“For that reason I defied Savanhu’s orders and went on to build the house and he reported this to EMA. My husband heard about this but, since he had lied to me about his age, I found it as a defence.

“I learnt about the actual age of my husband when we attended a family funeral.

“He had lied to me that he was born in 1969 when he was born 1963. I will disclose everything before the courts of law because Savanhu knows what he did to me and the amount I gave him for this stand,” said Constance.

The matter has become the talk of the village.