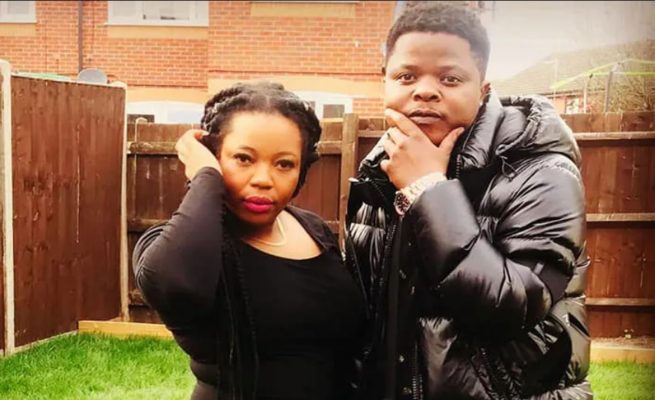 URBAN grooves artist, Nox Guni, is being accused by his wife of infecting her with a Se_xually Transmitted Infection.

The South Africa-based singer has dismissed the claims and told H-Metro he will not lose sleep over social media reports.

He said he was busy completing the final phase of his Zimbabwe tour and will provide a detailed response when the nationwide tour ends.

His wife, Tallyn Ndudzo, claims Nox infected her with an STI.

He is said to have infected her, after his recent tour of England, where he shared the stage with Baba Harare, Winky D, Alick Macheso and Selmor Mtukudzi.

Ndudzo has been posting on her social media platforms some negative messages in which she accuses Nox of a number of things.

In one of the posts, she wrote;

“Wakambodana nemunhu wezita here guys wekuti you do everything for her or him, food, clothes, land, stands, building, travelling and rent?

“Uchiita kunge benzi looking for collaborations so that we can better our future.

“I bought a stand for us, both (our) names are there.”

She also claimed Nox never bought gifts for her but rather her brother was the one who did.

“Inini ndaiigirwa mabirthday presents from my brother, thinking vatumira only to realise later kuti it was my own brother’s money that bought all those presents, because he wanted to see me happy and he protected Nox.

The Ndinonyara singer revealed that he was only focused on his Zimbabwe tour.

He said he was not in a position to respond to the shocking allegations right now.

“For now, my focus is on my Zim tour and nothing else.

“I don’t want to respond to social media’s allegations about me.

“People will get the real picture of what’s happening after Friday, when I will be done with my Zim tour.

“How can those allegations be true, though?

“I think it’s very important for people to mind their own business and stop focusing on other people’s lives,” he said.