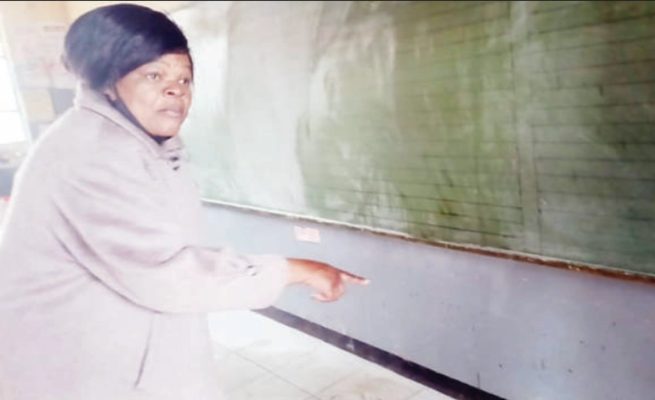 LESSONS for Rugare Primary School pupils in Harare have been disrupted for a month after human waste was found smeared on the black board.

Following the occurrence, Grade 4 Red learners have been relocated to a school hall, as cleaning has failed to get rid of the stench.

And, the man of cloth then found human waste at his place of worship.

Parents are suggesting that the person behind this could be targeting the class teacher.

The person tore books of the class teacher and wrote on the black board, with human waste, threatening the teacher.

“We have taken the matter to the Ministry of Primary and Secondary Education after all our efforts to bring sanity failed,” said Matsitsiro.

“We called the police and also engaged church leaders but nothing has happened for the past four weeks.

“You can get information from our provincial education director or the Ministry,” she said.

Impeccable sources, within the school, told H-Metro that grounds men have been cleaning the classroom, without success, as the human waste stench won’t go away.

“The class teacher has been demoralised by the incident,” said the source.

“She has been replaced by another teacher and reports are that she is to be transferred,” said the source.

Parents in their numbers witnessed the cleaning of the classroom.