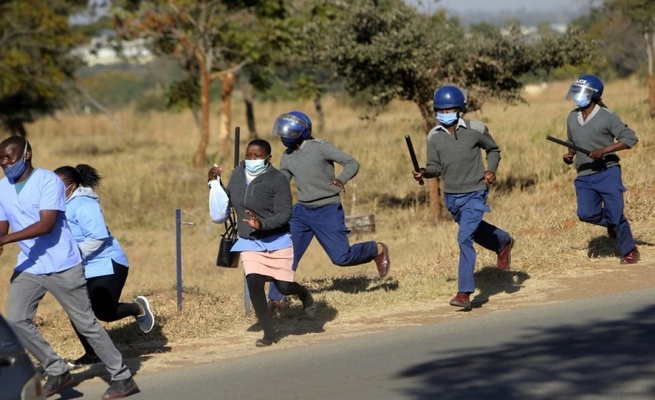 NURSES who went on strike protesting poor salaries have been summoned to disciplinary hearings, but labour unions say this is an attempt to cow them into silence.

Confirming the hearings, Health Service Board (HSB) chairperson Paulinus Sikhosana said: “That investigation is being done institutionally and we are not doing it at the board. These disciplinary actions are confidential. There are disciplinary principles in place and when something happens, they refer to the procedures that are there.”

In 2018, Vice-President and Health minister Constantino Chiwenga fired thousands of nurses who went on strike to demand higher salaries, in a hardline response by the country’s leadership to growing labour unrest.

“This is a tactic to instil fear in anticipation of the looming and pending industrial action that is meant to take place on July 22, 2022 and maybe prevent another action from taking place,” Chiduku said.

Zimbabwe Nurses Association president Enock Dongo added: “We cannot have a government that victimises people every time they ask for better salaries. We have a President (Emmerson Mnngagwa) who says he is a listening President and when the people he appoints behave like this, then it is not good.

“Nurses were demonstrating at the hospitals because they were incapacitated, they were never on strike.”