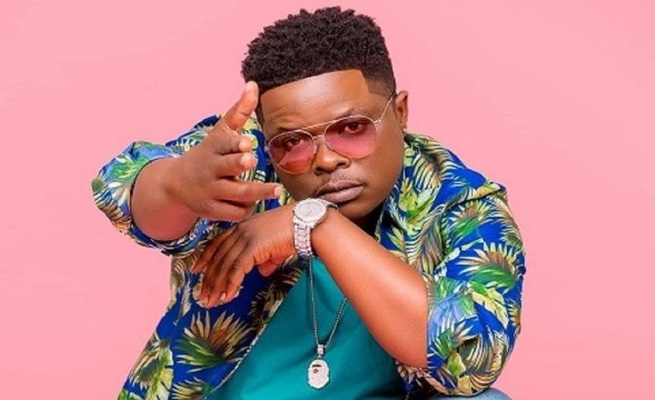 South African-based urban grooves-turned-Afrobeats musician Nox Guni has promised fireworks at his “Stay with me” joint concert with South African musician DJ Tira scheduled for tonight at the Odyssey Hotel in Kadoma.

Nox, who is on whirlwind homecoming tour that has taken him to every province in Zimbabwe, said the ‘Stay with me’ concert gives him an opportunity to connect with his fans and market the runaway hit song ‘Stay with me’ on which he collaborated with Dj Tira last year.

In an interview with The Herald Arts, Nox said that was dedicating the concert to the people.

“It’s going to be our first time performing together with DJ Tira in Zimbabwe and everyone should come and witness the magic on stage,” he said.

“It’s going to be an experience to remember. Tira and me are very good friends and I am bringing him to help me to market the track that we did.

“We couldn’t market or tour when we released the track last year and that’s why we decided to do so back home.”

Nox confirmed that the track had done wonders for his career internationally.

The multi-award winning musician who has been performing at sold out shows around Zimbabwe for the past one and half months said being home has done him good and he was happy to reconnect with his local fans.

“What motivated the homecoming tour is that I have been away for a while and Covid-19 restrictions made us stay out of the country for two years.

“I really needed to remind people that I am still here and I am Zimbabwean especially to some fans that had no idea that I stayed here before moving to South Africa,” Nox said.

The soulful singer known for his penchant for love songs said that his music was improving and fans should expect the best from him.

“The music is improving. We understand that music evolves and our focus now is Afrobeats. The only difference with our traditional urban grooves is the percussion and we have capitalised on that to make the right inroads,” he said.

“The thrust is to make sure that my music and brand competes and makes the grade on the international scene, but even more important is the fact that we also develop a strong footprint and presence here in Zimbabwe because home is always best.”

As his career continues to enjoy a purple patch, Nox also shared some insights on his coming album titled “Royal Alliances” on which he is collaborating with various international artistes.

“I am working on a new album and I am happy to announce that we have a couple of collaborations on it. The album is titled ‘Royal Alliances’ and it will be launched on September 10.”

“I have collaborated with a host of international artistes on this one. It’s a collaborations only album.”

“Music lovers should expect collaborations with artistes from Nigeria, Uganda, Ghana, Tanzania, South Africa, Kenya, Zambia and one or two from the US. It’s quite something to look forward to,” he said.

On why he has decided to take his ‘Stay with me Concert’ to Kadoma instead of the traditional venues for shows of this calibre, Nox said he felt it was important to depart from the norm and ventureoutside Harare.

“Kadoma is a very good venue. It’s spacious and central and though most people prefer Harare, we decided to treat our fans out there to some international act.

“DJ Tira is an amazing entertainer and I am sure music lovers will enjoy his act and of course our collaboration on stage. It’s a must attend show and all roads are leading to Kadoma.”

Nox who continues to scale dizzy heights in his career also watered down his publicised alleged recent fall out with United Kingdom-based lover Tallyn Ndudzo, choosing to shower praises on the beau instead.

“Tallyn is an amazing beautiful woman with a good heart and I am not at liberty to discuss intricate details about our relationship or the alleged fall-out at this stage.

“Social media is good content but I believe there is greater good in solving our issues amicably. I don’t read much into the published allegations because we have had an incident-free relationship for some time.”

The Odyssey Hotel Kadoma general manager Kudzai Chipengo said they were excited to host Nox and DJ Tira and they had pulled all the stops for a memorable experience.

“It’s not everyday that we get to host an artiste of Nox’s calibre back to back with international icons like DJ Tira.

“We have therefore put in place logistics to make sure we give our fans a glitch-free show,” she said.