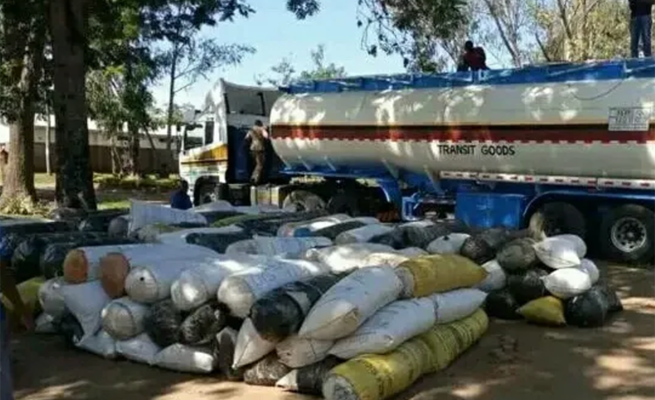 TWO Malawian nationals were arrested earlier this week after being caught with 229 bags of dagga hidden in a fuel tanker.

According to Malawi24 the cannabis was being transported to Zimbabwe.
poster

They were arrested in Mwanza.

“Nyirenda told the police that the bags of cannabis sativa were being transported to Zimbabwe,” reported Malawi24.

“The two suspects will appear in court soon to answer the charge of possessing cannabis sativa without a permit.”