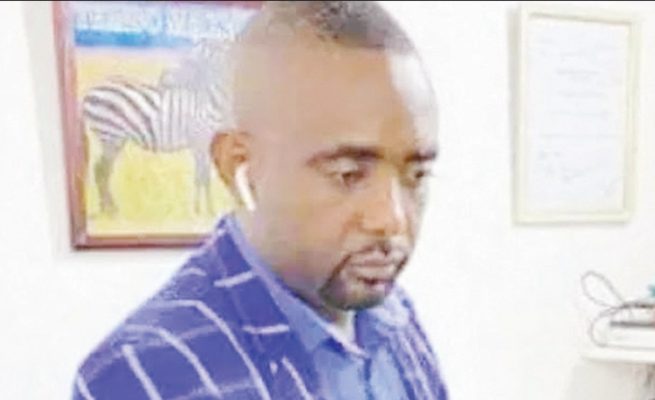 DISGRACED Harare dealer, Munyaradzi Chauraya, has been ordered to stop attending his fitness club in the capital.

This followed the decision by some furious club members to stage a protest, by walking out of a training session on Friday, after he returned to the health club.

It was his first appearance at the club since he hit the headlines when he was accused to be the man in a video in which he is seen abusing a two-year-old girl.

The toddler was made to f0ndle his manhood, in a shock move, which has drawn the ire of thousands of Zimbabweans after the video went viral on social media.

The dealer has, however, denied the allegations but that has not stopped some of his closest fitness buddies from staging a rebellion against his presence at their club.

He also bashed his estranged girlfriend, Natalie Taruvinga, the mother of the toddler.

Ironically, Natalie was also a member of the same fitness club.

H-Metro is now in possession of the WhatsApp messages among the fitness club members.

In an audio, one of the coaches confirmed the development.

“I am sorry to say this (because) I know I am one guy who is supposed to make a decision about what happened at the gym.

“I am with you guys, when you left the gym in the morning (Friday), I had to talk to the chairman about the situation.

“We agreed that Munya is not supposed to attend any class until the matter between him and his girlfriend is finalised.

“I am with you guys kusvika zvinhu zvanaka, I don’t think it will happen again, today was his first and last attendance.

“Thank you, let’s be united, love you all,” said the coach.

Posts from members in the fitness WhatsApp group show that some have been affected by Munya’s alleged actions.

“As a family, we went through a shocking difficult time these past couple of weeks and haven’t recovered, especially us as women and mothers.

“I think some individuals should be given time out until we have healed as a family,” said one member.

Another member said he believes Munya was caught off side and needs time to clear himself.

“I pay my money to come to (the fitness club), so won’t be silenced, but I wholeheartedly feel loyalty has been sold to the dogs,” added the member.

“No one is bigger than (the team) letting Munya come makasika prematurely, as a brand you should wait for the courts to clear him before we associate with such kinds of people,” said the member.

Some are even calling for his dismissal.

“Even after he is cleared, we need time to heal ndosaka kumabasa kune forced leave or suspension.

Another club member said; “Its high time (we) should have a constitution and code of conduct to deal with issues like these.”