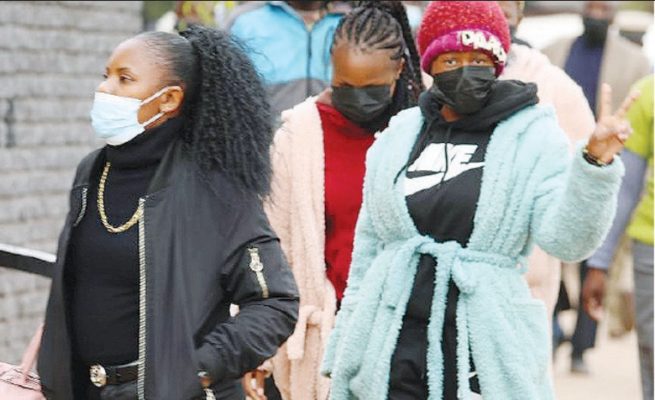 THREE Harare women have each been handed five-year jail terms for dealing in dangerous drugs.

Magistrate Mhene slapped the three with seven-year imprisonment each, before two years were set aside on condition of good behaviour.

Five years shall be effective.

It is the State’s case that on April 1, 2021, Mafra was travelling from Brazil, with a contraband of drugs and was expected to arrive in Harare on the next day.

Upon receiving the information, a team of detectives from CID Homicide and CID Law and Order, proceeded to Robert Gabriel Mugabe International Airport and arrested Mafra.

Murinda and Ndlovu were identified and picked by detectives and interviewed.

The detectives discovered that they were acting on instructions from one Bobby, a Nigerian man, to receive Mafra and accompany her to her guest house.

After being interviewed, they led detectives to their homes where they found seven fabric samples from their bedrooms.

In between each fabric sample, there was a transparent plastic containing brown sticky powdered substances, which detectives suspected to be cocaine.

On April 8 2021, the seized seven sachets were taken to the forensic science laboratory for examination, and tested positive to heroin.