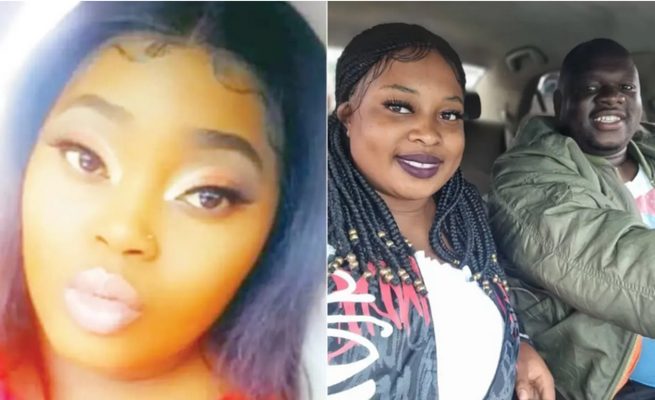 THERE was drama along Nkwame Nkrumah Avenue in the central business district (CBD) when DJ Fantan’s wife clashed with his alleged lover near Homegate Mall.

Gamuchirai Nemukuyu and the woman she claims to be her husband’s lover, Vimbai Muponda, exchanged harsh words, attracting the attention of passers-by.

The two women, who were tussling in public, were whisked away by an identified motorist. Gamu said Vimbai had provoked her after she bragged about dating DJ Fantan for some time. Fantan’s wife said she was coming from the Harare Civil Court when she spotted Fantan’s car parked close to Homegate.

“To be honest with you, I didn’t want to make noise with Vimbai, although I had learnt about her relationship with Fantan,” said Gamu.

“Vimbai provoked me by her claims that she had been dating my husband when I was nursing my first child.

“She went on to dictate to me that she wanted me to treat Fantan well, so that he returns home, and that did not go well with me.

“Fantan persuaded me to withdraw the domestic violence charges which were before the court, promising to respect our marriage, pay school fees for one of the two children, the maid, rentals, as well as providing food.

“Fantan dumped me soon after the withdrawal of the court case to cohabit with Vimbai in Mt Pleasant Heights.

“I visited Harare Civil Court to make a follow-up on my application for maintenance since Fantan is no longer supporting the family and is yet to acquire a birth certificate for the second child.

“I spotted Fantan’s vehicle parked near Homegate and asked those guys, who direct motorists for parking space, if they were aware of the vehicle owner.

“When I entered Homegate Mall, where Vimbai runs a boutique, I confronted her about Fantan and she confirmed cohabiting with my husband and she offered me a seat as she called Fantan.

“It was during that moment when Vimbai started to insult me telling me about how she started dating Fantan,” said Gamu.

Vimbai was reported to have decided to leave the place and Gamu followed her outside where the drama unfolded.

Contacted for comment, Vimbai professed ignorance of the fracas, which was captured on video by onlookers.

“I am not aware of what you are talking about and I do not have a comment about it,” said Vimbai.