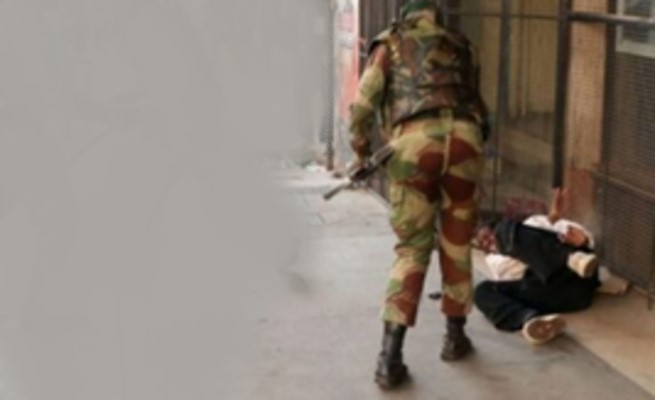 A soldier has been arrested for allegedly bashing his wife and his girlfriend after he found them at his house discussing his infidelity.

Charlse Goza (36) is married to Eunice Rutsoka (36) and they stay at Rangemore suburb.

While Rutsoka was watching TV in the living room she noticed an incoming call on her neighbour’s phone that she had been given to recharge.

“Her neighbour Unamila Sibanda (age not supplied) had left her phone charging at her house. Upon checking she got shocked when she saw that the incoming call was from her husband.

“When she tried to answer the call, her husband terminated the call,” said a source.

The suspicious Eunice called Unamila to her house. She came and spilled the beans after being interrogated.

“She revealed that she was not in love with Eunice’s husband and said a woman named Princess Sibanda was the one who was in love with Goza.

After that Eunice called Princess to her house so as to understand why she was seeing her husband,” the source said.

When Goza arrived home at around 7PM, he was surprised to find his wife with Unamila and Princess.

“Goza complained bitterly about why Unamila and Princess were at his house and asked what the meeting was all about,” said the source.

His wife told him that she wanted to shame him for cheating on her.

“Eunice was fuming and told him straight to his face that she had discovered that he was cheating on her with Princess and she even told him that Unamila revealed all his cheating shenanigans,” the source said.

An angry Goza failed to control his temper and beat up his wife and his girlfriend. Unamila somehow managed to evade a beating.

The two battered women buried the hatchet and reported Goza to the police.

Bulawayo police spokesperson Inspector Abednico Ncube confirmed the incident and referred this reporter to Zimbabwe National Army (ZNA) spokesperson Colonel Alphios Makotore for a comment but he could not be reached.