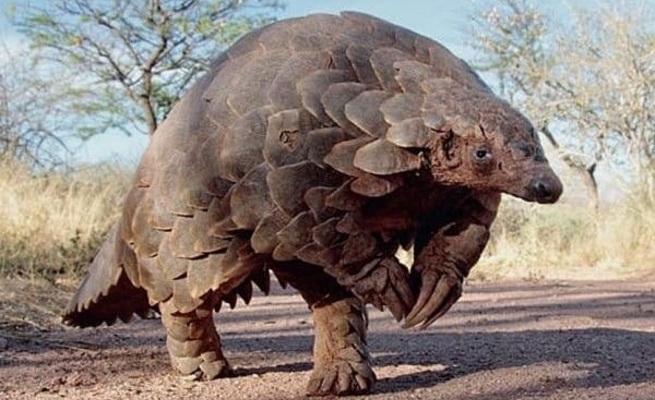 A GUNSHOT was recently fired in the air as two unscrupulous police officers and an accomplice tried to flee from undercover police detectives who had found them in possession of a pangolin.

The undercover police detectives had posed as buyers.

The suspects – Kololo Kasiyama (37), an Assistant Inspector based at ZRP Inyati in Makoni; Vhimba Marufu (40), a Sergeant at the same station and Remember Mavhudzi (33) of Vengere, Rusape, were eventually arrested at Total Service Station in Rusape.

The three were last week on Tuesday arraigned before Mutare provincial magistrate, Mr Langton Charter, for contravening Section 45 (1) (b) of the Parks and Wildlife Act, Chapter 20:14, as read with Statutory Instrument (SI) 70 of 2020 (Unlawful Possession, Sale or Disposal of Specially Protected Animal Species).

They were remanded in custody to July 26 for routine remand and were advised to apply for bail at the High Court since they are facing a third schedule offence.

Ms Muzondo said the three accused persons acted in connivance to unlawfully possess and sell a specially protected animal in the form of a pangolin.

It is alleged that on July 7, Detective Constables Mavurame and Masitara – both from the Minerals, Flora and Fauna Unit in Mutare – as well as the International Anti-Poaching Foundation’s Robert Chowa, Wilbert Maravanyika, and Wadzanai Munemo received a tip-off that the accused persons were in possession of a pangolin. The team drove to Rusape where they started communicating with the suspects, posing as potential buyers.

Marufu and Mavhudzi met the ‘potential buyers’ on July 8 at Total service Station to finalise the deal.

Ms Muzondo said Marufu told the undercover detectives that the pangolin was not at hand and needed to be collected from Nyamaropa in Nyanga.

“At around 7pm on the same day, Marufu, Mavhudzi and Kasiyama drove to Total Service Station with the pangolin stashed in a white polythene bag that was placed behind the driver’s seat.

“As they were negotiating for the price of the pangolin, the detectives identified themselves and the accused persons tried to flee.

“A warning shot was fired in the air, thereby leading to their arrest. Further checks showed that the pangolin, valued at US$5 000, had already died,” said Ms Muzondo.