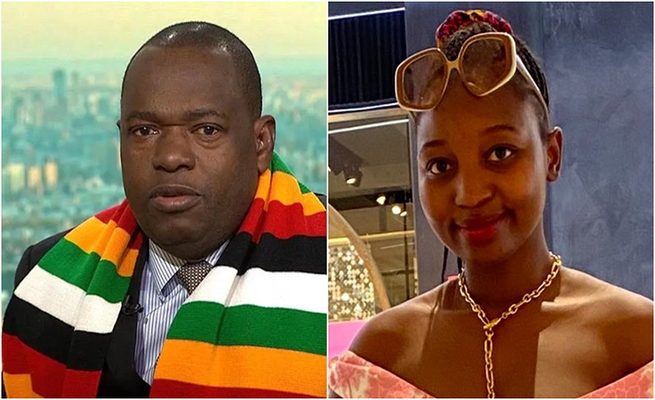 SUSAN Mutami, the controversial character who claimed President Emmerson Mnangagwa abused her when she was 15-years-old, has revealed a list of top government officials she has reportedly had se_x with.

This man raped me when I was a minor and tomorrow I am hosting a space where I will be telling everyone what u did,I’m also going to tell people what u did to that young girl who was studying at Kwekwe High School who later died and u paid all her funeral expenses. Satan. https://t.co/J9GFBIN5zC

Besides Mnangagwa, his named aide and independent legislator Temba Mliswa, Mutami name dropped deputy mines minister Polite Kambamura as one of those who she had se_x with.

Mliswa and Mutami have a child together.

On top of the list however, was late foreign affairs minister Sibusiso Moyo, whom Mutami showered praises on.

She said she loved him and could have been his wife had she not chosen to save Zimbabwe Anti Corruption Commission (ZACC) chairperson Loice Matanda Moyo’s marriage.

Matanda Moyo was said to be having an affair with Mliswa, which Moyo had suspected but never got to know.

An uncle and Mashonaland Central politburo member Kenneth Musanhi’s whose picture with her leaked, were also named.

Musanhi was said to be ill and failing to clean his back even after visiting the toilet.

A member of the state security Hermish, is said to have been played and had se_x with her, before she lied to him about a preg_nancy that was Moyo’s.

Those caught up in her outbursts were socialites Misred, Rumbidzai Takawira and recently married Vickie Mlilo who is said to be having an affair with Mliswa again.