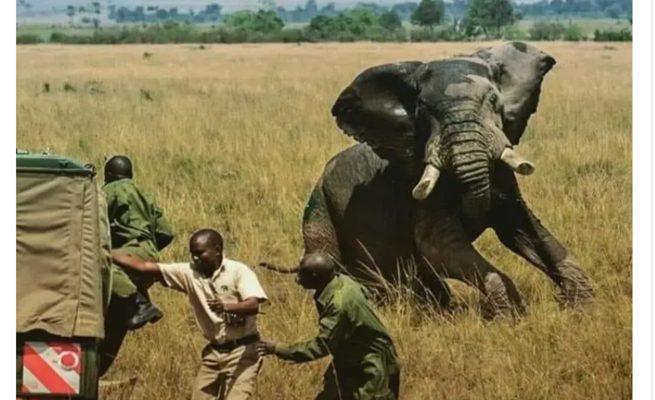 A guide has died after being attacked by an elephant while on a tour with a client in the Rifa Conservation Education Camp area, Chirundu.

The incident took place on Tuesday when Dave Winhall,a professional guide and hunter was ambushed by a bull elephant while walking through a client in a bushy area.

“There was an unfortunate incident in Rifa where a guide was attacked by an elephant that emerged from the bush and he died on the spot,” said Mr Farawo.

“Investigations are currently underway to establish the full details of the incident. No one else was affected in the attack.”

According to other sources, Mr Winhal had people on an educational tour at the camp when the incident took place.